Family Game Night: We are Addicted to CrozzIt!

Disclosure: We received a complimentary game to review. All opinions stated are genuine and our Crozzit-loving own. 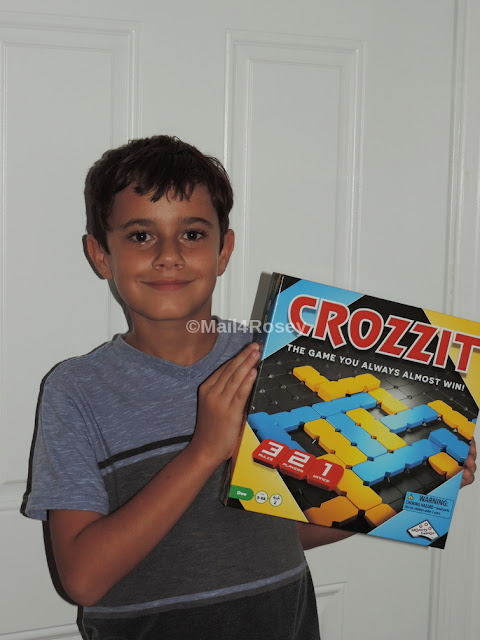 We're still on our 12-day "storm vacation" from school and work, though it hasn't really felt like a vacation until today. Everything has been closed down except Publix (who was so good before and after the storm), and a lot of people are still out of electric too. Today though, almost feels like a normal day. Gas stations are open (with long lines), restaurants are starting to turn on their 'Open' signs and boards and shutters are coming off of the windows. One of the things we did during the storm and after while everything was closed down, was play games. A new favorite for us? Crozzit! 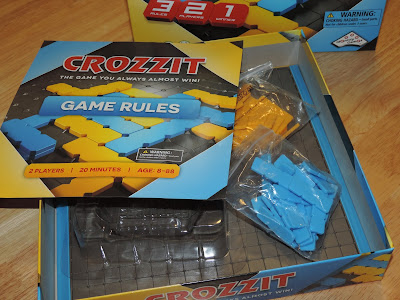 Crozzit is easy to play, but not easy to win, unless you're a 10-year-old boy who beats his mom every single time. We have played every day since the storm time began, and the first thing my son said this morning, instead of 'I'm hungry,' was 'Can we play Crozzit?' He's hooked.

The game comes with directions, a board grid that has blue on two parallel ends and yellow on the other two, and two small bags of tiles (one yellow, one blue). The goal is to take turns, trying to get your tiles from one side to the other, depending on which color you are, while blocking your opponent from doing the same. 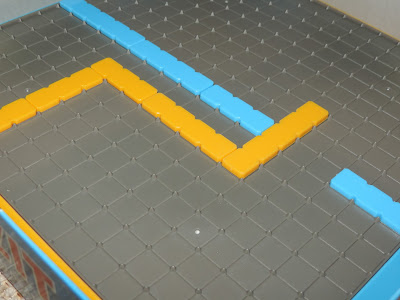 I'm yellow in the game above, and my plan is too straight forward to win. You can see I'm not far from reaching the other side of the board (on the yellow side), but... 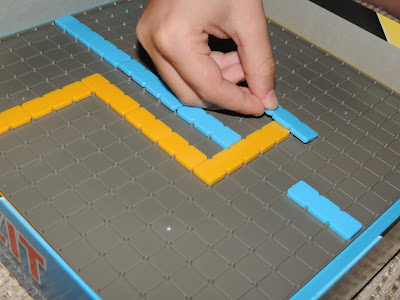 my strategy is obvious so it's easy for my son to block me when the critical moment to do so arrives. 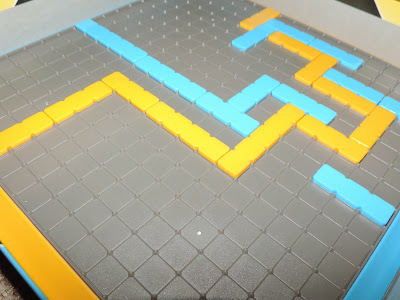 You can see how you can build around each other's tiles to try and reach the other side first. I haven't won this game even one time, and we've played a lot. My boy has a knack for it. We'll be with two of his siblings this weekend, on a mini vacay, and we're bringing this game along. Lets see how he fares against others. I for one, hope they give him a run for his money. ;)

Crozzit is made by Identity Games. It is for 2 players, ages 8 and up. We highly recommend it for family fun!