Summer's Not Over Yet!! Enjoy the Beach While You Can! 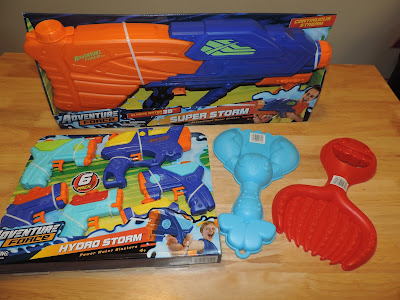 You know it's beach time when mama breaks out the toys. For one of our latest happy ocean days I took along Hydro Storm water guns from Adventure Force, and the big ol' mac daddy Super Storm from the same line. I also took along they fancy new sea creature shovels from American Plastic Toys. 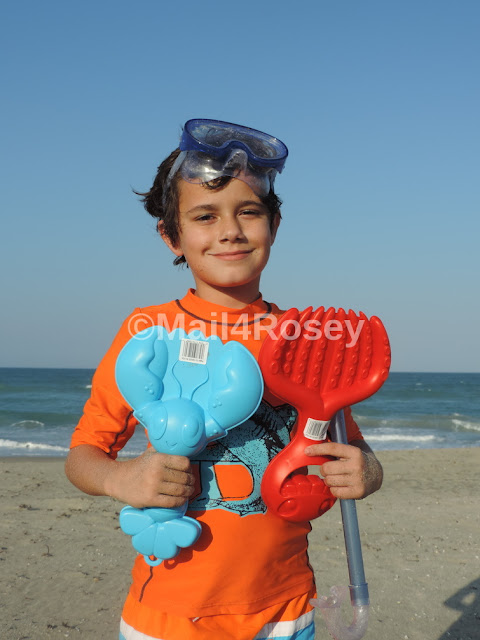 The Sea Creature shovels are from American Plastic Toys and we love them because they are big, but also because they are cute. Have you ever seen shovels shaped like sea creatures? Pretty awesome, right? 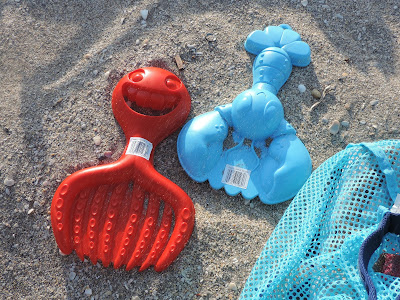 American Plastic Toys is great because they have items your kids love that honestly don't cost much at all. Most everything they sell could be bought with a child's allowance. What's not to love about that? These are hard plastic too, not at all flimsy and they're fun for scooping up dirt and burying each other with sand. 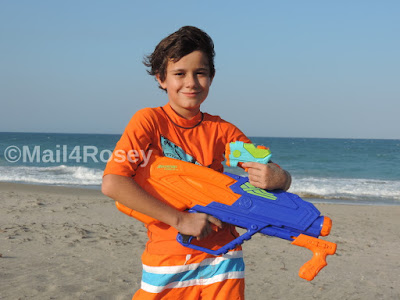 Of course the Adventure Force water guns are fun too. Here my son is holding one from the Hydro Storm collection and the big one is the Super Storm. 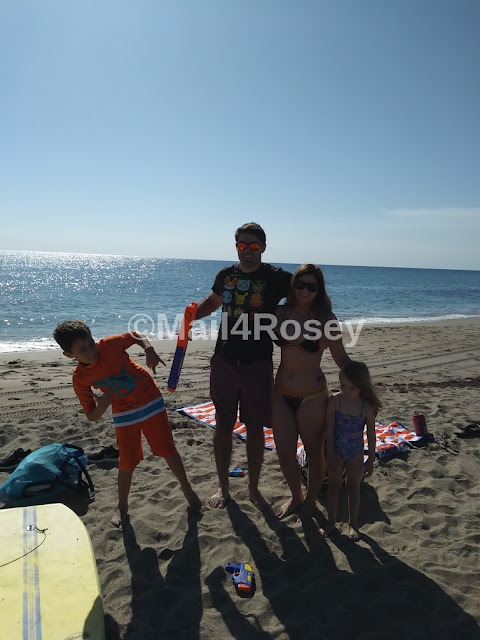 Any guess why my son is flinching and moving away from his older brother in that picture above? It's because that Adventure Force Super Storm is locked and loaded with a full 68 ounces of ice cold ocean water. He doesn't want to get wet (at the beach hardy har har). Isn't it funny how you don't want someone to shoot you with water even if you're at a place where you're going to get soaked anyway?

Of course the oldest let loose the second the photo was taken, and possibly even before. He may be grown but a Super Storm full of water is too hard to resist. He got his girl too, of course. 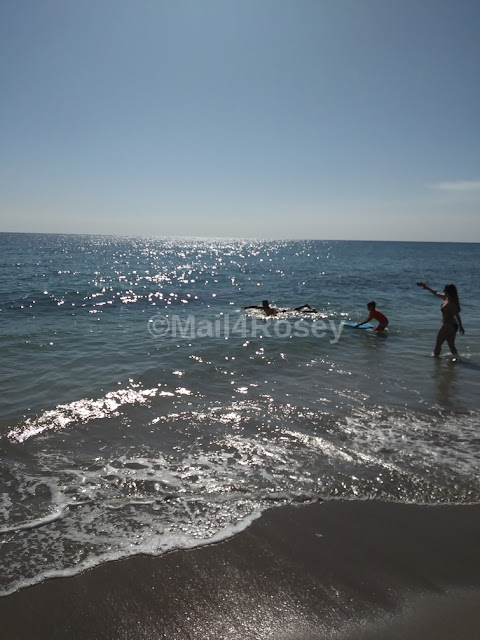 As he was headed out to sea, she tried to retaliate, but the little Hydro Storm she picked up was too small to reach him (or he was too fast for her, or both ;) ). She's looking very James Bondesque in this picture, don't you think? lolol 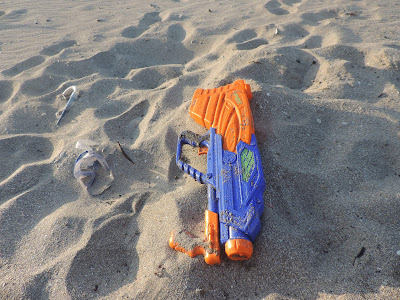 Considering the situation, and the distance he was from her, she should have picked up the bigger gun instead. 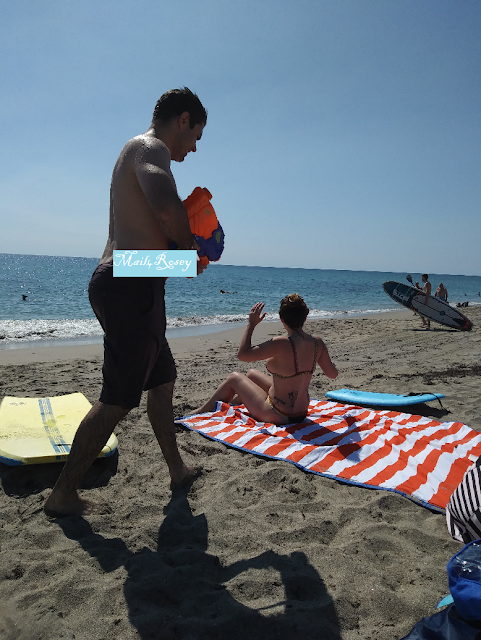 She probably should have hidden it too because my son lost no time at all in retaliating once he returned to dry land. Can't you just hear her saying, 'Stoooop?" hahahahahahahhaa. It was all in good fun though, and we thought the matter was settled, until... 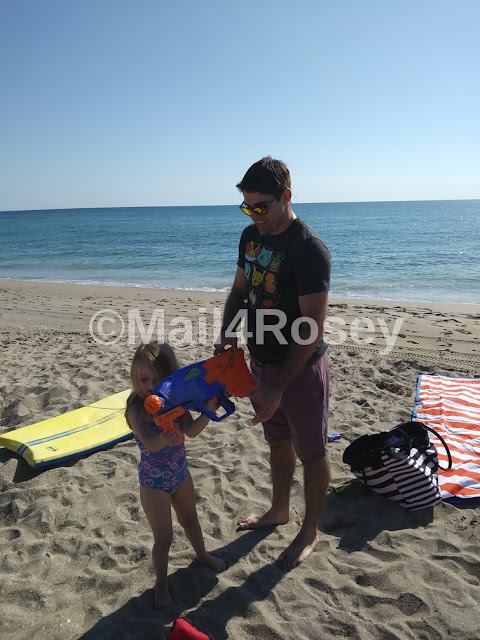 my son gave that gun, full of water, to his niece. Nothing strikes fear in the heart of adults faster than a 4-year-old with a water gun whose only response when you say 'stop' is to laugh harder and shoot more, and that's exactly what she did. ;)

We had a great time with our American Plastic Toys and Adventure Force guns. You can find the former, and more items that they sell for sale here, and the guns are sold at Walmart.
on August 01, 2017