Yeezy Boost 350 Shoes That are in Stock!

Disclosure: This is a sponsored post. All opinions stated however, are genuine and my Yeezy-loving own.

I have two boys who are grown and on their own. I see them both fairly regularly (hurrah!), but since they've moved out of the house I don't really get to spoil them all that much. Today, however, I will get to treat them both, as I hand over to them a brand new pair of Yeezy sneakers; the latest and greatest sensation from Adidas and musical artist Kanye West. To be quite honest, I hadn't heard of this kind of shoe, but only because I'm a grandma who doesn't much follow the latest trends in fashion. When I asked the boys if they had heard of 'Yeezy' though, they both definitely had (they're both in their 20's), and one of them had a friend with him who got extremely excited by the name.


Go figure. So... off to Google I went, and that is when I found out they are a big sensation right now. In fact, Justin Bieber threw one of his Yeezy sneakers into a live audience at one of his shows not long ago, and in the last headline I saw said it was selling for just over $5,000 on eBay. One shoe. I guess because it was on the foot of a famous singer. The other shoe (also thrown in the concert) was caught by someone else who has been featuring it on his social media. I guess the shoe has gotten quite the following too! LOL!! All in good fun. 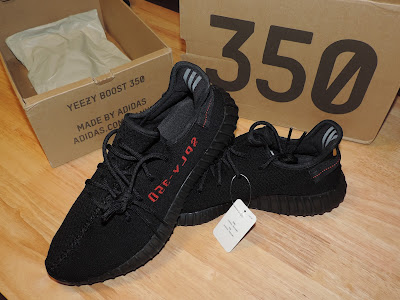 For my oldest son, the Yeezy Boost 350 are a nice look. He's always been big on fashion when he dresses up and goes out, so I was not surprised he knew of this brand when I looked back on it, after discovering it was a big trend in the shoe world right now. 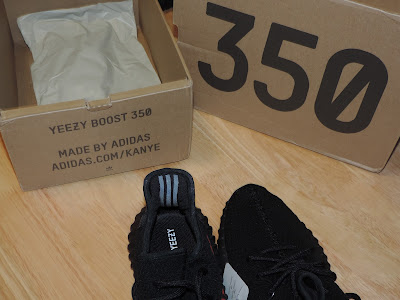 The back of these shoes goes up a little higher than most, and it's padded. They are super light, even with the large tread wrap, and they look like they'd be very comfortable. 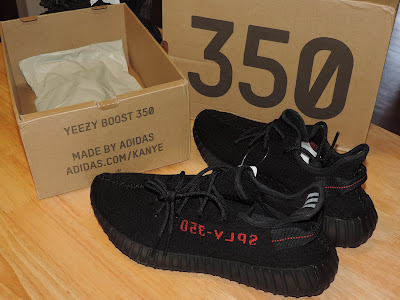 This is the 'large tread' I was talking about. I'm not sure what it's really called, but you can see it has a much larger width than you'll find on most other shoes. The material on these seems to be super breathable, which is good because my oldest son is also a muscle-bound gym addict and runner...though I'm not sure he'll be running in these. I suppose these are more for wearing when he's taking out the girls (his other half and his little half...wait, can you have two halves and yourself?? well, you know what I mean). ;) 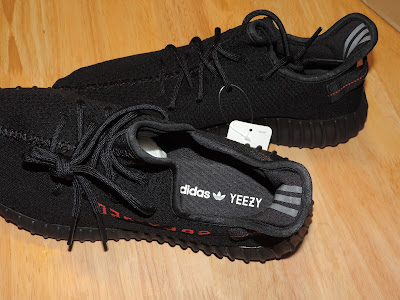 Here's one more look at that high padding, with an aerial and side view, before I move on to the next feature. 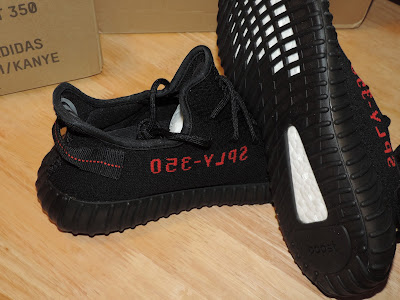 Even the soles on these are fancier than most, with both an intergrid and a cutout color space section. 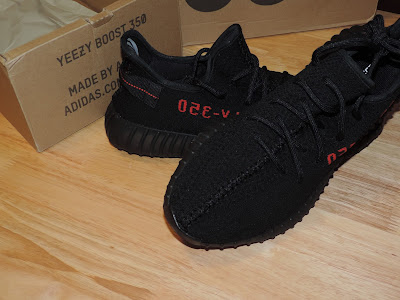 It's the toe that looks the least constrictive to me though. The seam runs intentionally vertical, and I don't know if that's what allows the shoe to be so light or not, but I just can tell by looking at these, that your toes are going to feel so much air and room when they're in there. I like that aspect of these shoes, a lot. 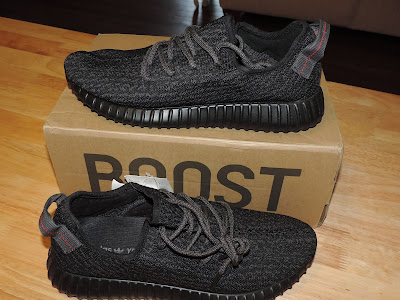 My second oldest son is at the lower end of the 20's (and his brother is almost 30, so he's at the end-end of them). He's never been much on brands or labels, though he always looks clean and nice (that sounds like such a mom thing to say, lol). Sometimes he will even wear something quirky like a Pokemon t-shirt or a shirt with a cat on it (he's silly). I have noticed though, that as he gets a bit older, name brands and fashion statements have been creeping into his wardrobe. He may be a little late to the 'fashion' game, but he's effortlessly caught up with lost time. When he dresses up, he gets quite a bit of attention. That hasn't gone unnoticed I'm sure, but I don't think that has anything to do with him upping his wardrobe game a bit. He's always been selective with his style, just not trendy. I see a bit of 'trendy' these days, which I think is just due to the fact that your tastes change a bit as you get older. These shoes? I think he's going to like them. 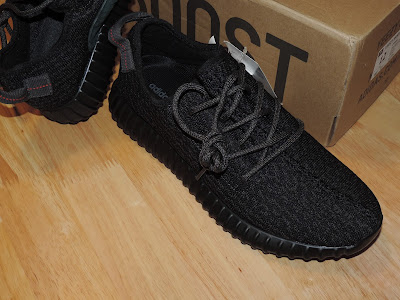 TheYeezy Boost 350 Pirate Black Shoes are similar to the ones described at the beginning of the post, but they do have some noticeable differences, besides the lighter color. The vertical seam on the shoe is far less noticeable on this shoe than it is on the other, for starters, though the material is still very light and breathable. 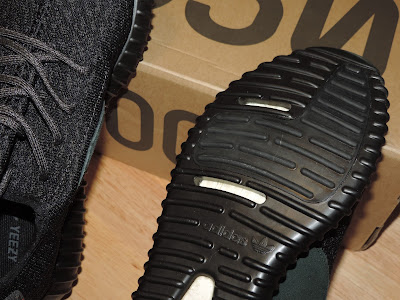 The sole is different too, though it does still have a dual color and peek-a-boo color thing going on too. 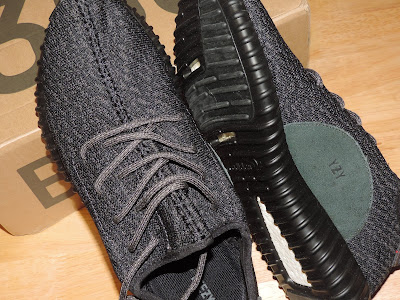 These are clearly identifiable as being Yeezy shoes, but they are still less flashy than the first pair. That suits the personality of this particular son well, since he's not into flashy much (though he does have an exception or two to that, even). The writing is abbreviated on the side and done in a color that is way more subtle than the red on black seen on the first pair. 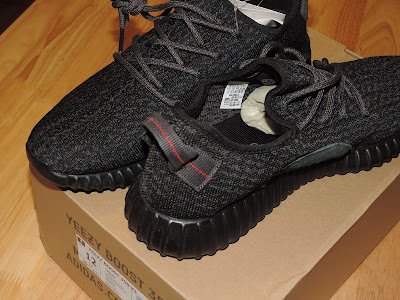 The heel is a lot lower too. That tread on the side is about the same. I guess that must be a trademark of the shoe, judging from these and the others I've since looked up online. 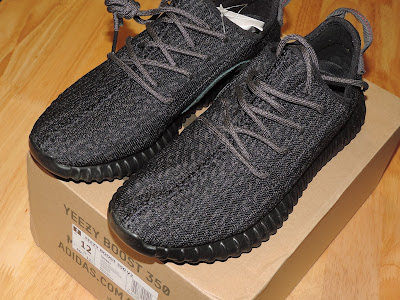 They look pretty good in profile too, I do believe. One thing to note just for clarification, that box they are sitting on is actually for the first pair of shoes (discussed at the top of the post). The box for these shoes was pretty much destroyed in shipping (delivery people seem to do that a lot). Thankfully though, the shoes survived. From what I can see, all Yeezy shoes sell out pretty fast, no matter where you buy them, including these two selections. They are in stock though, right now. Who knows for how long, but if you're in the market, I hope you get there in time to buy a pair. Visit Wonder Kicks to start shopping!!
on July 18, 2017