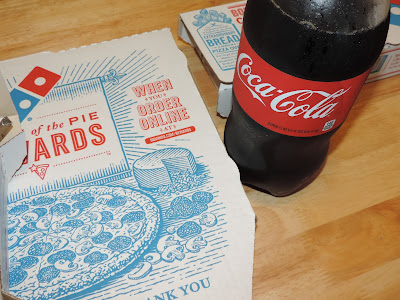 Whatever you're doing this weekend, I hope it involves Domino's! They've really stepped up their game in the last few years, providing new menu items along with the traditional favorites, and providing a 'heart marinara' option that really rocks my world. 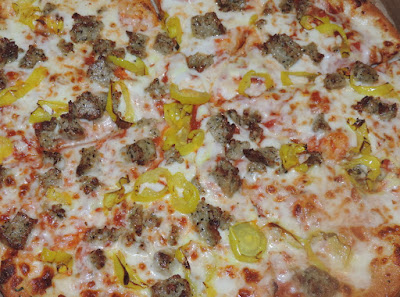 Of course they have that cheese they're so famous for too. I love the flavor of a Domino's pizza simply because they're cheese is always authentic and oh so tasty. I order Banana and Jalepeno peppers on my pizza (and sometimes green peppers too, lol) but I know the majority of you are meat lovers like everyone else but me is in our family, so I'll let you see the tasty sausage and Banana Pepper pie (yeah, we're pepper lovers in this house) I got for the kids. 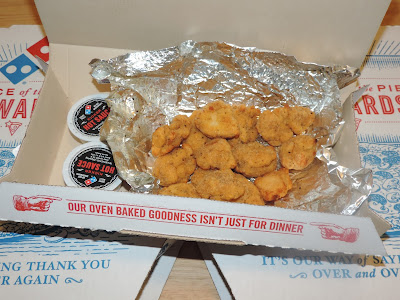 They have several chicken options the kids sometimes want to order too (including a Sweet BBQ Bacon specialty chicken the kids love) , so we threw in an order of boneless chicken for good measure (to please the adults and kids with us that day). It was a good thing I snapped this picture because by the time I turned around, that chicken was gone. Magical Powers? Nah, just a hungry crowd. 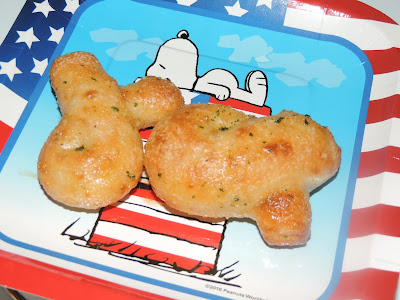 Most if not all of these items are probably pretty familiar to you. What I want to know though, is if you're tried their new bread twists???? We had three coupons to try these for just a dollar. On this day we had so many folks over, we ordered a box for everyone to try. Let me just say that Domino's has perfected bread twists as a side dish. They have Garlic Bread Twists (seen above) and Parmesan Twists. This first order was so good that we stopped by the next day just to try the flavor we hadn't yet had (the parmesan). Those were tasty too. Oh so tasty. The outside is a little crispy, and it's smothered in a rich buttery flavor (hey, indulgence is fun once in awhile) that isn't at all greasy. The bread is light...fluffy light but still filling. They also have a Cinnamon Twist (under the dessert category) that we have yet to try (oh, but we will!).

Since we had a third coupon, we decided to stop on the way home from my son't soccer practice later in the week and bring a box home to add to dinner. The coupon had expired (dang it), but guess what? We got them anyway. No regrets. I'm not usually one for bread alongside the pizza, but this is too hard to resist. So whether you're ordering a salad, a sub, chicken, a pasta dish, getting a pizza, or picking up a box to take home as a dinner side, give the new bread twists a whirl. You won't be disappointed, these little beauties will be the star of the show.