Disclosure: This post has been sponsored by Pfizer Consumer Healthcare and 20th Century Fox. All thoughts and reviews are my own.


My youngest and I have been knocked out by the 72-hour flu. It totally ruined Valentine's Day, made my son miss one night of his weekly sport activity, and one of his dance lessons. He did not like missing his dance lesson at all. The boy has a new love of football that is unquenchable, but it doesn't top his love of dance. Right now he's in Hip-Hop and loving every second of it. Missing that block of time really bummed him out, but he knew he couldn't make it, and he knew for sure by looking at his mama too, that there was no way I was fit to drive him anywhere, period. We really had it bad! 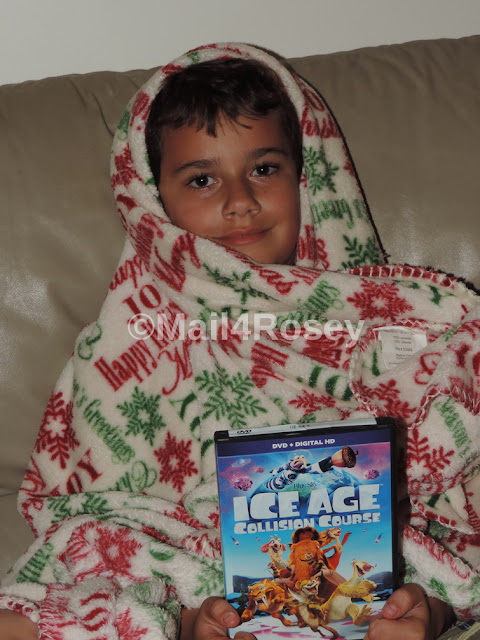 Fortuntately, when we started to come around again, and feel at least good enough to sit up straight long enough to watch a movie, we had the new Ice Age Collision Course movie to help lift our spirits. My son snuggled up in his favorite blanket (which happens to be one my daughter gifted to me a couple of years ago, but he uses it so much, you'd never know it was mine), and popped in the movie. I felt good enough to lift the camera, and voila' a blog post was born! The movie was hilarious, and just what we needed to lift our limp, sick spirits.

Ice Age Collision Course: Your favorite ICE AGE heroes are back and cooler than ever in this all-new animated adventure that’s mammoth-sized fun for the whole family! Now the entire herd—including Buck, Manny, Ellie, Sid and Diego—must work together on a hilarious journey filled with nonstop action and colorful new characters, in order to survive the global Scrat-tastrophe! 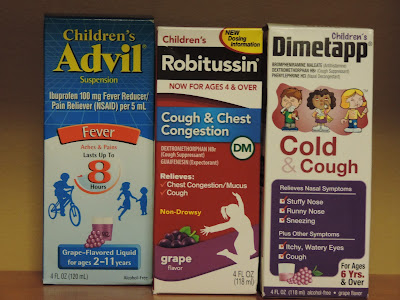 Of course  no sickness could run it's course without one of our favoirte Pfizer products, available at Target. My youngest, who is 9-years-old used the Children's Advil® on day one to reduce his fever. I always trust Advil® when his temperature is up, because it always works fast, to bring it down, just as it did this time around: it's always perfect for symptom relief. On days two and three, we had both the Robitussin® and Dimetapp® in the house and we went with the former, simply because it was already opened. We keep these items in stock always, and for good reason. When you're sick, you don't want to go out, period. If these items are on hand, you're already set. There are some things you really do want to be proactive about, having the right children's medicines in the cupboard/cabinet, is definitely one of those things.

10% OFF SAVINGS with TARGET CARTWHEEL APP

Hurry in to Target to pick up the following items, and save 10% with the Target Cartwheel App! If you haven't tried this app yet, you really need to give it a go. Saving is always good, and with this app, it adds up very quickly!

Information about Pfizer Pediatric products available at Target:
Ease those aches and pains, while reducing a child’s fever fast with Children’s Advil®, a great solution for kids as young as 2 and up to 11. Children’s Advil® comes in several great-tasting flavors, including: Sugar-free Dye-free Berry, Bubble Gum, Grape, Blue Raspberry, Fruit and Dye-Free White Grape flavors (note: this also comes in an infant forumula for children ages 6-23 months)

Information about the 20th Century Fox DVDs
Ice Age Collision Course: Your favorite ICE AGE heroes are back and cooler than ever in this all-new animated adventure that’s mammoth-sized fun for the whole family! Now the entire herd—including Buck, Manny, Ellie, Sid and Diego—must work together on a hilarious journey filled with nonstop action and colorful new characters, in order to survive the global Scrat-tastrophe!

The Peanuts Movie: Dream big and laugh along with good ol’ Charlie Brown, Snoopy, Lucy, Linus and the rest of the beloved Peanuts gang as you’ve never seen them before — in a brand-new feature film from the imagination of Charles M. Schulz and the creators of Ice Age. Join everyone’s favorite eternal optimist, Charlie Brown, as he embarks on a heroic quest, while his beagle pal Snoopy takes to the skies to pursue his archnemesis, the Red Baron. It’s a hilarious and heartwarming adventure that proves every underdog has his day!

The Sandlot: Tom Guiry plays Scotty Smalls, the shy new kid on the block who wants to join the rowdy pickup baseball team that plays every day in the neighborhood sandlot. The summer passes blissfully as Scotty learns to play ball under the wing of Benny Rodriguez (Mike Vitar), the oldest and best player, as well as Ham, Squints, Repeat and the rest of the kid-eccentrics. The skies darken, however, when Benny literally knocks the stuffing out of the team's only baseball, a sign of impending doom, or worse, bad luck. Wanting to set things right, Scotty returns home and "borrows" his stepfather's ball, which he promptly uses to hit his first home run, knocking the ball clear out of the sandlot into mean old Mr. Mertle (James Earl Jones)'s junkyard, home to Mertle's legendary guard dog The Beast.
There is a Giveaway!! 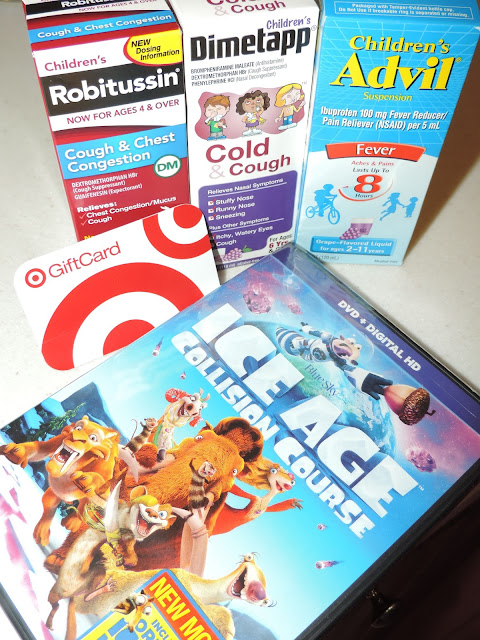