Samsung Gear IconX: You Probably Have Not Seen Earbuds Like These Before!


These earbuds are for my oldest son. He's a beast when it comes to working out and he goes through three things like crazy. 1). earbuds 2). armbands for his phone 3). phones (but as they say, that's a story for another day)


I'm telling you this kid is strong. He can pick me up in one hand and his lady in the other, at the same time, and not even blink an eye. In fact, he's usually laughing when he does it. He's also a big softie. Notice at the bottom left in the picture is his sweet baby girl. She's cooking for her daddy and her grandma (that's me). :) 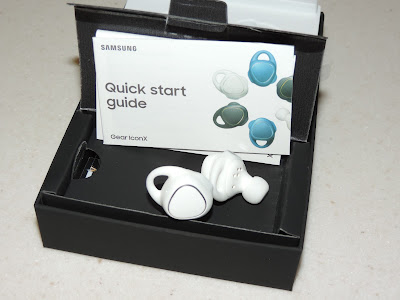 My son is very dedicated to what he puts into his body (he eats right), and very diligent about working out at least 5 days a week, vigorously. On top of that, he runs. He doesn't like to run, but he does it faithfully to get that cardio in. On his runs, he has to have music. Period. It's not optional. Music helps him lose himself on the journey, which makes the running go faster (like I said, he's not a fan of running). Usually on the run he takes his phone, strapped to his arm in an armband and wears his headphones. Currently he has over-the-head earphones. They're high quality but they are bulky, and they have a wire that goes to the phone. .That's not conducive to a good run. The Samsung Galaxy IconX Earbuds? A whole 'nother story. 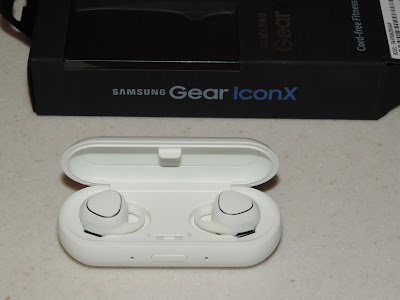 These little earbuds are jampacked full of amazing features. First and foremost they are wireless. That's important because it frees you up to do a lot of things. Second, they have 4G of internal memory that holds up to 1000 songs...yeah, inside of them.That means he isn't going to break his armband that holds his phone (which could and does lead to phone damage) because he's not going to need a phone! Woot! Working out should be about closing out the world and getting your groove on. It's just too tempting to answer your phone if it rings when you're working out, and that can really slow down your progress. 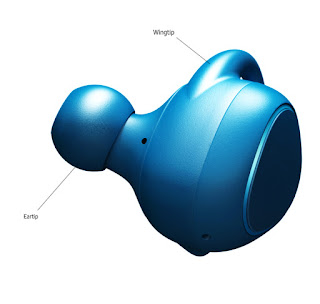 You can mix and match the different sized eartips and wingtips so you get the perfect fit. They are also designed to stay put while you're moving. Yep, even if you're running.  You can also adjust these to an ambient sound setting, so you can hear your music, but still know what's going on around you. That's a great safety feature and one you really want your earrbuds to have.

After your workout, you can synch your Samsung Gear IconX  to your smartphone and get instant updates on things like speed, distance and duration, heart rate and calories burnt. Yeah...that's amazing I know, but it doesn't surprise me because it's from Samsung. 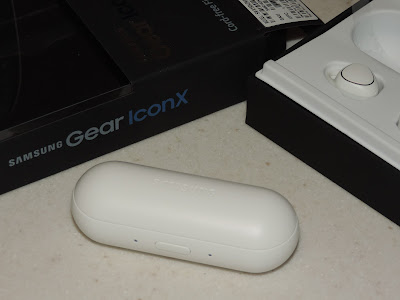 Last fact for this post, the case doubles as a charger. WOOT! Yet another considerate feature of the Samsung Gear IconX. I was going to say I don't think I've ever seen anything like these before, but no... I KNOW I haven't seen anything like them. They are amazing and I love every single thing about them.  I bet there's someone on your holiday shopping list who will love these too.