Instead of traditional Christmas gifts this year (except for the younger two kids, they'll still get their Santa visits), I think I'm going to do something different. I'm thinking something like the Price is Right, but with a family twist to it. There will probably be 8 of us there, so I've already started collecting items for the prizes. Of course I want the items to all be fabulous in one way or another. This Solo bulb from Sengled fits the bill and then some. What is it? It's the world's first LED bulb with stereo sound, and it is AWESOME! 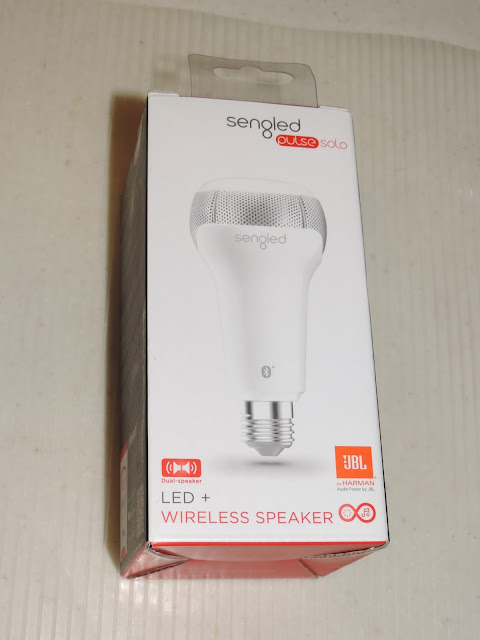 Next you need to know that connectivity is done via bluetooth, so there are no wires required to operate it. Then of great importance, you'll want to know that the sound clarity is awesome. It's just like you have a stereo in the room, and I can't even tell you how cool it is to have your sound coming out of your light...I guess just because it's so unique.This is a GREAT gift idea for kids in a college dorm, but it would also be an awesome gift idea for anyone who loves to listen to music. I'm so in loves with this concept and product that I wish I could shout it out to the world (I can't believe I haven't heard of it until now!)...and so I'm blogging it. The world might not hear it, but a nice slice of you will, and if you share... well, then the pie gets even bigger. With Christmas coming up, I'm thinking this is going to be a great idea to add to your list (as a suggestion for someone to get for your, or for you to buy for someone else).

Sengled creates LED bulbs equipped with sound systems, security cameras, WiFi extenders, back-up batteries and motion sensors. Now that I have tried one of their products, I am eager to try more.