Ozeri Has Created a Tower Fan with 360 Degree Oscillation! 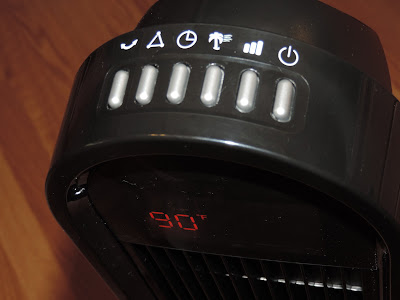 When it's 90-degrees in your house, and the a/c fritzed it's time to get some air circulating stat. That was the situation we encountered in our home last week.You can see the temperature reading on the front of the Ozeri 360 Oscillation Tower Fan (I love that it displays temperature, by the way). This is the fan to have in your home if you want to get air around the whole room fast because it osciallates 60, 90, 120 or 360 degrees, all at the touch of a button. 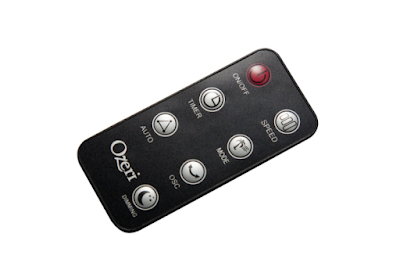 You can program it manually or with the remote. It's pretty easy to learn the functions and it's worth it to do so. That way if you're resting on the couch and it gets a little too chilly, you can simply turn it down or off from where you're at, without having to get up and go directly to the fan. Sounds lazy, I know, but we've all had our, 'oh my gosh, I do not want to walk that two feet' kind of moments. There is a slot in the back of the fan for you to store your remote, ensuring it never gets lost. 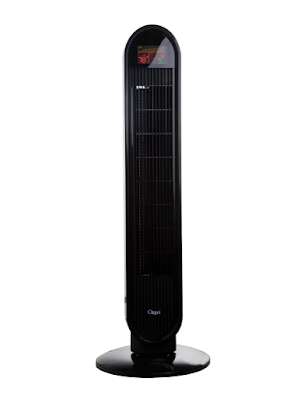 It is simple to assemble the fan. Simply screw the bottom base on (self-explanatory) and plug it in. No tools required. The fan has 3 speeds. The lowest speed is whisper quiet so it won't disturb your sleep one iota if you're a light sleeper (you can turn off the LED panel too, if lights bother you). The other two speeds you can hear, but they're not at all obnoxious. In fact, they make just the kind of light motor speed sound that can lull you right to sleep. 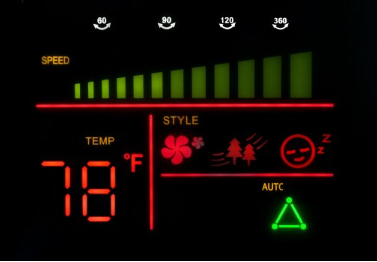 I like everything about this fan. Ozeri has done a great job in creating a fan with a lot of consumer considerations. No matter what you're needing this fan for, it's probably going to be the one to to get the job done right. I know one thing that's for sure, you'll never buy a box fan again, once you purchase an Ozeri. The difference in air distribution is phenomenal.

You can learn more about this fan by visiting the Amazon website.
on August 01, 2016