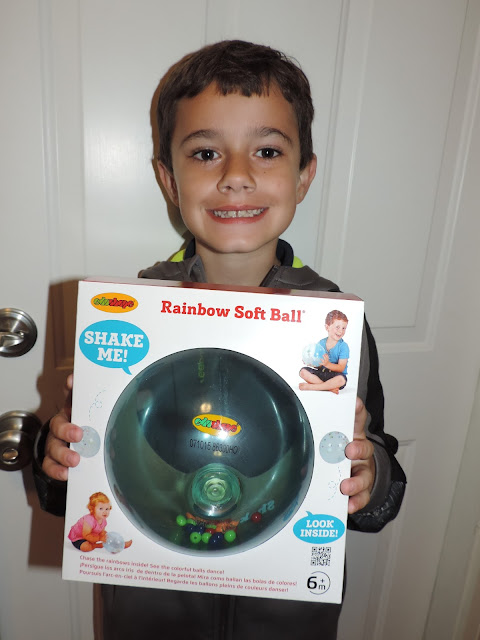 Some days he looks so big to me, more like a young boy than a small child, but every once in awhile, like in the picture above, he still looks like a wee lad.

The Rainbow Soft Ball  isn't for him, but it sure is cute, isn't it? And he liked it enough too, that I had to convince him it really wasn't for him, lol. 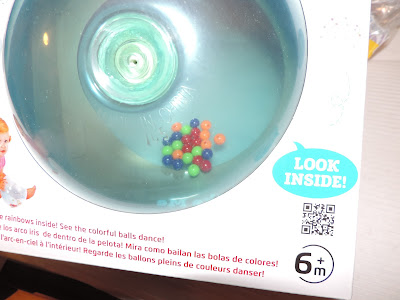 When the ball moves, the colorful beads move too. It's super lightweight, so even the youngest of babies can hold it and make it move. This is an instant hit and a surefire way to get the kids smiling. I still watch when the youngest children are around anything that has small pieces, and I recommend that you to doo, but that plug you see doesn't open, so it's not going to pose a choking hazard.


This ball is recommended for ages 6 months and up. It's the perfect gift for smaller children, don't you think? :)