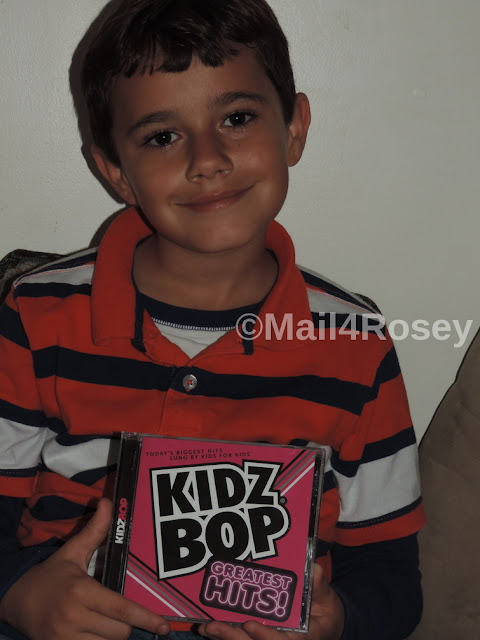 Kidz Bop Greatest Hits is out, and though we love them all, this is our favorite to date. The song set has all of my son's faves and that makes it a dancing day kind of CD. We put it in and dance all over this house. 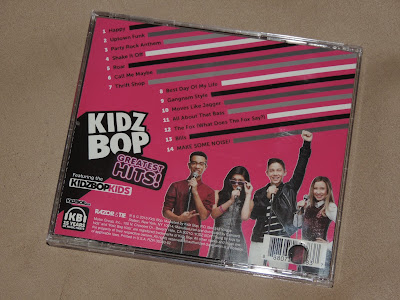 The song list, in case you're curious (or can't see them in the picture above, because goodness knows these old eyes can't!) is as follows:

Kidz Bop is always a best seller, and with a song line up like this one, it's easy to see why.

Now for 2016, the Kidz Bop Kids are touring! That's right, you can take your kids to hear them singing live and on the stage at any one of the many stops along the way of their Life of the Party Tour! They're coming close to where I live in June, but it's for dates we are otherwise committed. If we didn't already have plans, we'd be in line (well, the virtual line anyway) to buy our tickets! I'm bummed that we're going to miss it. I know my son would have a blast at any one of these shows! I'm sharing the press release with you below. If you have any littles in the house who love the Kidz Bop CDs, tickets to a show would be a great surprise, don't you think? :)

NEW YORK, NY (March 28, 2016) — KIDZ BOP, the number one music brand for kids, is teaming up with Live Nation to add summer amphitheater dates to The Life Of The Party Tour. The additional shows were added following the success of the initial KIDZ BOP tour announcement in February. The KIDZ BOP Kids will kick off the summer shows on July 16th at the Toyota Oakdale Theater in Connecticut. Additional cities include Brooklyn, Charlotte, and Chicago.  Tickets for the new summer dates will officially go on sale to the public beginning Friday, April 1st, coinciding with the release of KIDZ BOP Greatest Hits. For tour dates and ticket information, visit kidzbop.com/tour.

The Life Of The Party Tour is travelling to 50+ U.S. cities to celebrate KIDZ BOP’s 15th birthday.  The KIDZ BOP Kids – Ashlynn Chong, Sela Hack, Matt Martinez and Grant Knoche – headline the tour. The ALL-NEW live show features the biggest pop songs of the year, awesome choreography, and more fun surprises from The KIDZ BOP Kids. The Life Of The Party Touris the ultimate pop star experience, and the perfect concert event for the entire family. Artist Group International (AGI) is representing the tour.

Victor Zaraya, President of KIDZ BOP said, “Ticket sales for the initial KIDZ BOP shows have been tremendous.  We’re thrilled to be working with Live Nation to add these summer amphitheater dates to our tour schedule and bring the KIDZ BOP experience to thousands more kids and families across the country.” Jared Braverman, VP, Live Nation Touring added, “Our amphitheaters are the premier venues for fans to experience their favorite pop, rock and festival events during the summer. We’re excited to partner with KIDZ BOP and have the opportunity to invite younger fans and families out for a day of live KIDZ BOP music.”