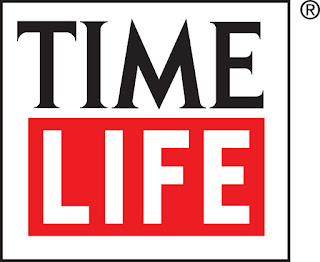 Time Life DVD Sets make for great holiday gift giving. I'm sure you've heard of them before, but take a look around the site anway. There's really something on there for everyone!! 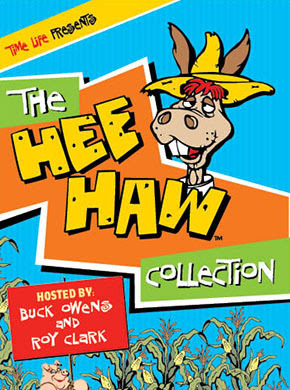 I laughed when I saw The Hee Haw Collection. Man, that show was my grandpa's favorite. Cute girls in overall shorts, punny jokes, and musical favorites? Yeah, that was a show he never missed. I can still picture Minnie Pearl's tag hanging off of her hat, hear the theme song to the show, and see Roy Clark going to town on his banjo! My mom and I used to laugh that he wouldn't miss it, but now that he's gone, this set would definitely hold a soft spot for me and an honored place on the DVD shelf.


Television’s longest-running comedy-variety show brought us hilarious jokes from Kornfield Kounty along with country’s biggest stars, into America’s living rooms for over 20 years
Roy Clark and Buck Owens hosted the countrified ensemble show, pickin’ and grinnin’ and singin’ and spinnin’ with a talented cast of characters. Minnie Pearl, Grandpa Jones, Archie Campbell, and the rest of the Hee Haw gang traded knee-slappers and gut-busting one-liners in hilarious sketches including “Doc Campbell,” “PFFT! You Were Gone” and “Gordie’s General Store”—as well as the all-time favorites “Rindercella” and “Trigonometry.”
And because Hee Haw was a favorite stop for country’s greatest stars, the collection features over 100 classic performances by country stars at the peaks of their careers, like Johnny Cash, Dolly Parton, Kenny Rogers, George Jones, Waylon Jennings, Hank Williams Jr. and so many more! 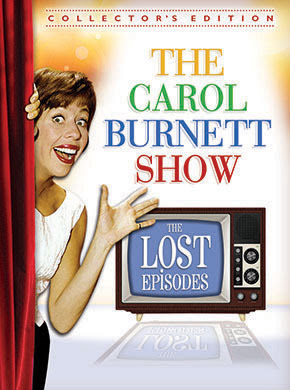 My grandmother loved a good comedy too, and her and grandpa would settle in together lots of times to watch Carol Burnett on the TV. I love her still today, and am very happy to see a DVD set of The Lost Episodes is available for purchase.

“No one has seen the first five seasons of ‘The Carol Burnett Show’ since they were first aired – no re-runs, no web streaming, no DVDs, nothing, nowhere, zip…until now!” – Carol Burnett
For the first time on DVD, you can now own the best episodes from the groundbreaking years of Carol’s beloved variety show. You’ll see the first episode aired, the first performances of many of her famous characters, legendary guest stars, and show-stopping musical performances.
The Lost Episodes features 21 uncut episodes plus over 11 hours of bonus material on 10 DVDs. Exclusive bonus features include:


Plus, you’ll receive a collectible 40-page Guest Book with autographs from Carol’s guests, friends, and fans, production photos, and notes from Carol herself! All 21 episodes closed captioned! 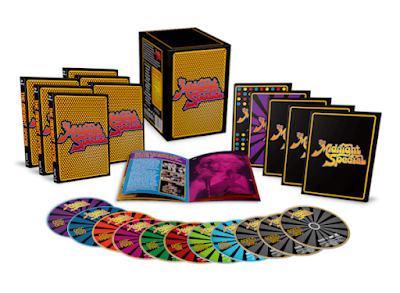 I am currently in love with the Midnight Special Collector's Edition of DVDs. 16 hours of classic rock music favorites on 11 DVDs? Yeah, that's something awesome. Tom Petty, Jim Croce, Helen Reddy, KC and the Sunshine Band, the Bee Gees... These are stage performances done by the artists that were aired on late night TV, and let me tell ya, THIS is a set to own!


The Midnight Special was the first of its kind. The most popular artists of the day, from rock, pop and soul, shared the stage performing their hits LIVE on late-night television – and right in your living room.

This collection contains almost ten hours of incredible performances, 130 songs, PLUS almost five hours of bonus features including brand-new interviews and exclusive featurettes highlighting the history and the legacy of this pioneering TV show. You also get a bonus disc featuring the best comedy from The Midnight Special including Steve Martin, Richard Pryor, George Carlin, Billy Crystal and more.  You'll also receive a 32-page booklet featuring photos and stories about The Midnight Special. Everything comes packaged in a beautiful collector’s box.

All of these would make great gift ideas, and there are certainly a lot more titles and selections to choose from at Time Life. From 'nine to ninety' this website has it all. Poke around a bit, and you're definitely going to come across something you love.  You can learn more about these and all of the other selections available by visiting the Time Life website. You can also follow them on Facebook and/or Twitter.
on November 17, 2015