Celebrate National Donut Day with Entenmann's and The Salvation Army! with #giveaway

Disclosure: I received product coupons and a tote (the same items to be given away to a lucky winner). All opinions stated are genuine and my own. 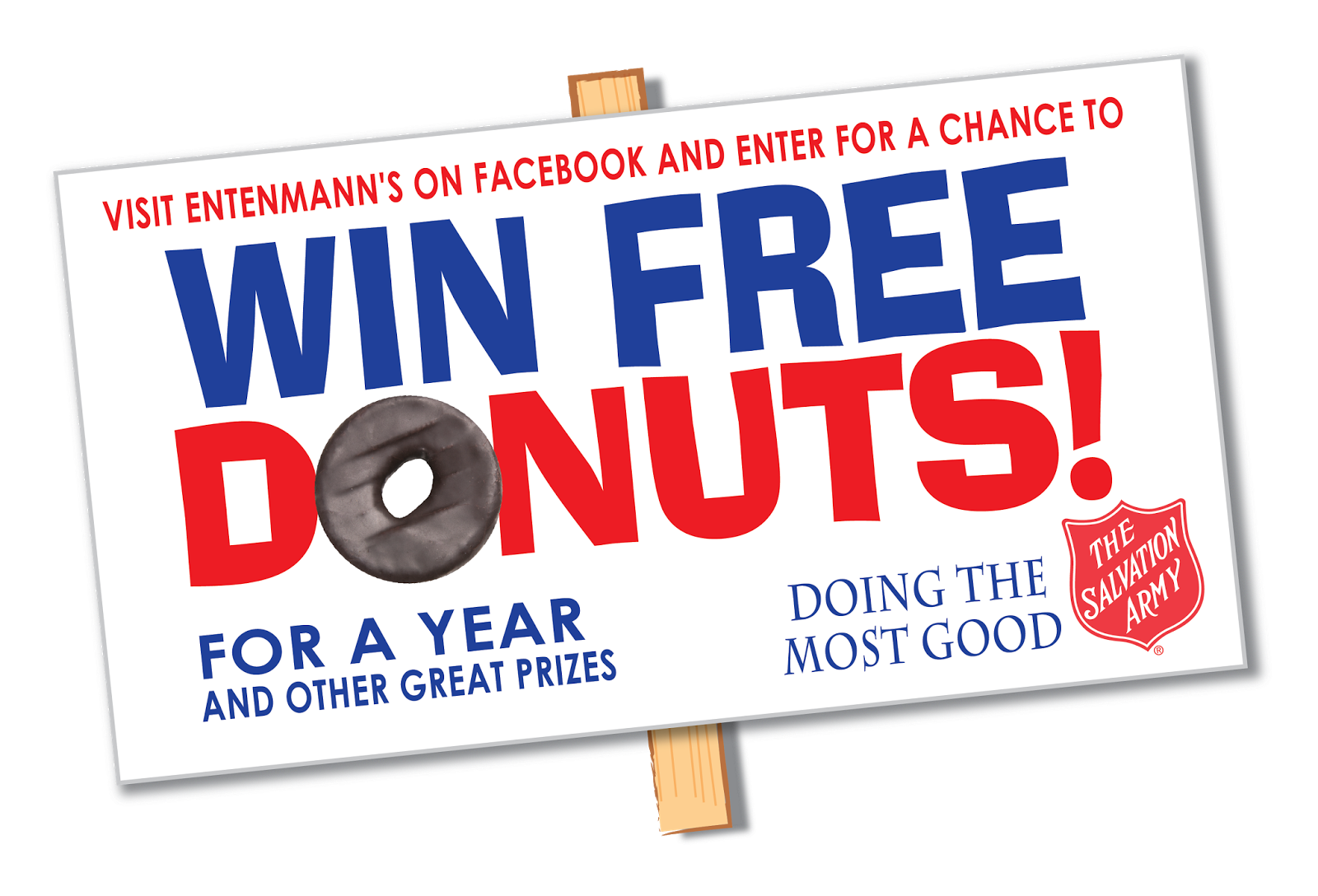 June 5, 2015 is National Donut Day. That is a holiday my family and I can really get behind and support. ;) Originally founded by the Salvation Army to honor those in military service, Entenmann's is helping to celebrate this year by featuring their new Rich Frosted Patriotic Donut Eight Pack. They are also hosting a "National Donut Day-Free Donuts for a Year" contest on Facebook. The cause is still to honor the men and women who serve our country, and Bimbo Bakeries will donate $1 to the Salvation Army (up to $30,000) for each entry received through their Facebook page.

100 Grand Prize winners will receive one year's worth of free donuts. There will also be weekly prizes of coupons and plush toys awarded. All entries must be received by 11:50 EST, July 3rd, 2015. 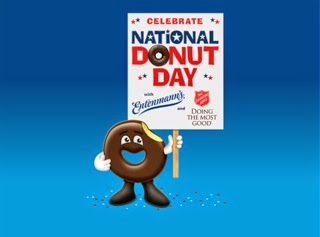 Entenmann’s produces a wide variety of delicious donuts, donut holes and mini donuts every year with a variety sure to please every taste bud in the house.  Varieties include the #1 seller Rich Frosted, Crumb Topped, Devil’s Food, Sprinkled, Powdered, Glazed, Plain, and Seasonal flavors such as Lemon, Pumpkin and Cider.


About The Salvation Army

The Salvation Army, an evangelical part of the universal Christian church established in London in 1865, has been supporting those in need in His name without discrimination for more than 150 years in the United States. Nearly 30 million Americans receive assistance from The Salvation Army each year through a range of social services: providing food for the hungry, relief for disaster victims, assistance for the disabled, outreach to the elderly and ill, clothing and shelter to the homeless, and opportunities for underprivileged children. Eighty-two cents of every dollar The Salvation Army spends is used to support those services in 5,000 communities nationwide. For more information, go to www.salvationarmyusa.org

There's also a fun giveaway for Mail4Rosey readers. One lucky winner is going to get an Entenmann's mini-tote and (5) Entenmann's Free Product Coupons to call their own. US entrants only. Good luck to all who enter.