Did You Watch the Grammy's?

I have a huge thing going on for my school research today. Yep, still doing that... it's definitely taking awhile, but I'm finally starting to like how things are shaping up. I always try to post on the weekdays though, so I wanted to check in and say hello. :) 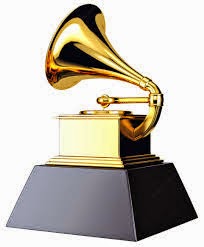 Did you watch the Grammy's last night? I caught the second half of it. When I found out AC/DC opened it up, I was bummed that I missed them. Newslines were harsh today with notes such as, "AC/DC rolled out of the retirement home to perform at the Grammy's last night." That's a band I loved in my youth, so the criticism made me cringe, though truth be known, none of us are getting any younger. ;)

I was surprised to see so many (usually outlandish) artists looking so classy (maybe they always class it up for the Grammy's? I don't usually catch it, so I don't know). I'm more used to the shock value in entertainment, I suppose, so it was a really nice thing to see.

The music was good! I particularly liked Rihanna, Paul McCartney, and Kayne's performance of "FourFiveSeconds." And Sam Smith was the big star of the night.

I didn't realize there was a big controversy about his song sounding like a Tom Petty rip-off. Once I heard about it though, I was curious enough to go to YouTube to hear the similarities/differences. Evidently both parties admitted it was a coincidence, but 25% of the royalties from the song are still going to Petty and Jeff Lynne and the latter got their names credited for writing on Smith's album. I don't see/hear the infringement, but hubby says he does. The two songs are above if you want to take a listen. In any case, I love Sam Smith's song, I was glad it won so many awards for him.