Ha, forgive the title, that's a saying long ago forgotten from my childhood, that popped to mind when I was writing this post. Truth be told, I don't even know if it's tar they use on the roads, though I suspect it's not...but that's besides the (title) point. ;)


We had a work crew come by the house a few weeks back to tar the roads, or whatever it is they use to fix potholes. That was pretty exciting because in the 8 years we've been here, I've never seen a road repair crew come by. They were fixing the road in spots where potholes from last winter had gotten out of control.


What really surprised me, and maybe I'm way behind times on this one, is how fast the roads dried!!! They'd block a lane, fix it while re-directing traffic to one side only, and then 20 minutes later cars were driving right over the spots repaired. We're talking large patches too, not just pot-hole sized ones.

What a great invention, especially true if it's high quality and holds up well! I remember roads taking all day long to fix. 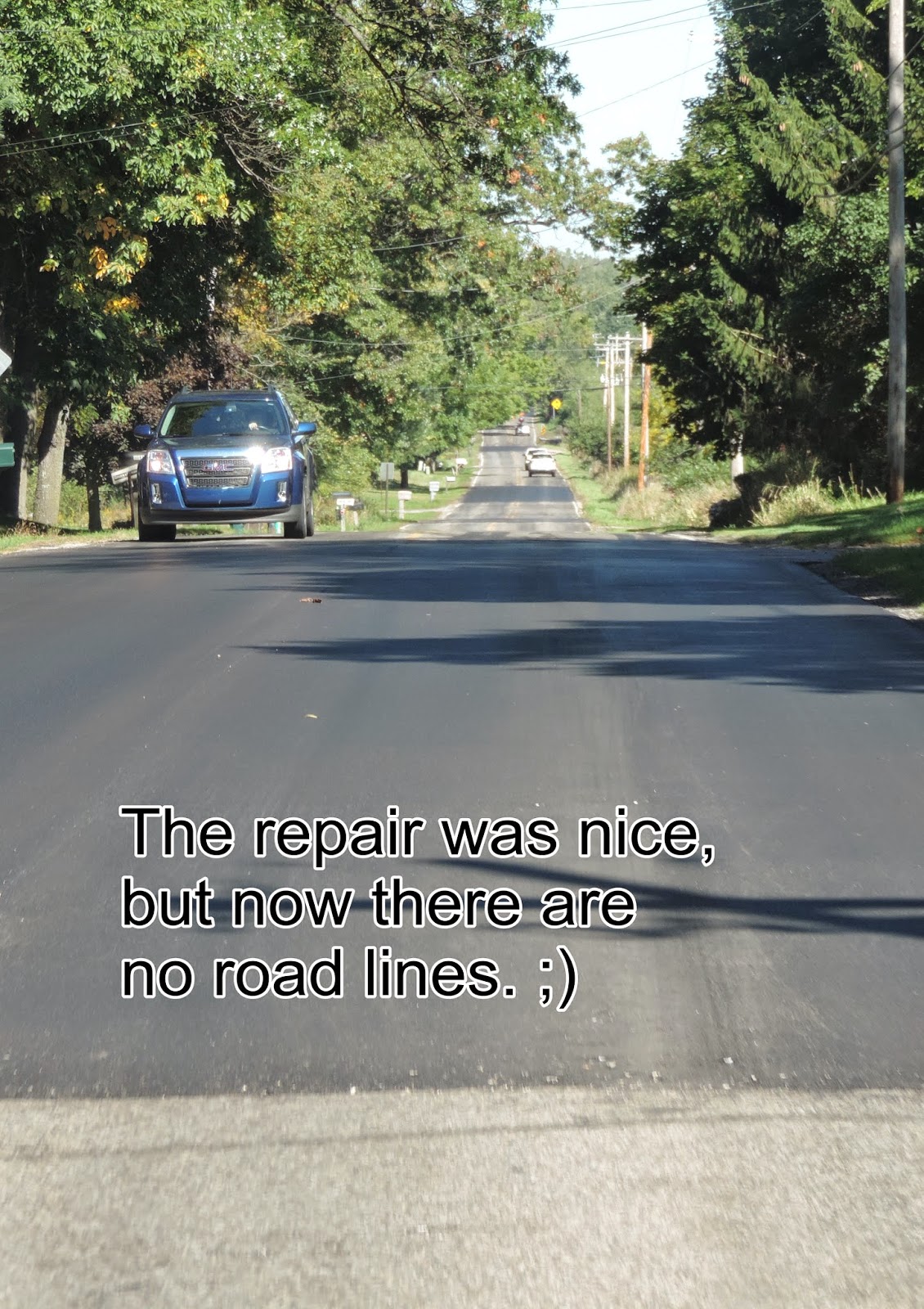 Now if only they'd come back and re-paint the lines. Like I said, it's been weeks, and all around the countryside out here, there are streets with 12-16 foot patches or more that have no lines.  I guess soon enough the snow will cover the streets and it won't matter a bit, but I'd like to have the lines just the same. :)
on October 02, 2014