To Beard, or Not to Beard? That is the Question!

My second-oldest son has been sporting facial hair on and off (mostly on) for the last few years.

In fact, here he was the last time I saw him without any hair on his face (Kidding!). 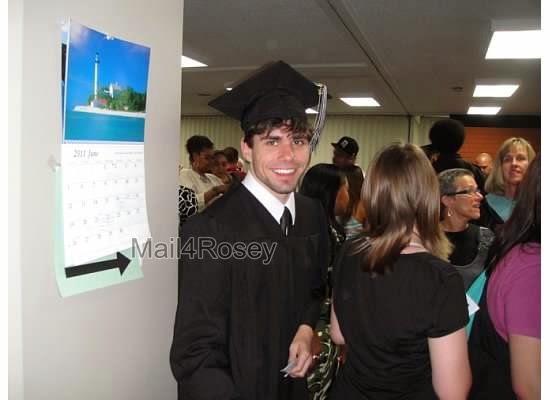 I think this was actually the last time I saw him with no beard of sorts, a few years ago when he graduated from high school (2011).

Since then, he's had a beard,


or goatee, for quite a long time now.

Even when he came home to visit at Christmas time last year, he was sporting the facial hair (which his niece thought was fun to touch, or grab hold of, hahahaha!).

So...when he sent this picture over to me in an e-mail yesterday, I was so surprised!!!  No beard at all, and I love it!

He always looks handsome to me, you know the mom thing and all, but I love how he looks when he's clean-shaven. He looks his age. :)

He DID just have a 21st birthday in March, maybe that has something to do w/the new look? You don't have to try to look older, when officially your driver's license says you're a man. ;)  Not that there would be any reason at all to try and look older than you were, if you weren't 21. *ahem*