Yesterday we got out and enjoyed some of the nice weather that's finally made it's way to town.  We don't have the higher temps I've been hearing reported from other states, but we've got almost-no jacket weather, and that makes me giddy. :)

The first thing we did was go to the park to test out a boomerang flyer we got at Disney on Ice awhile back. We haven't had much of a chance to use (save the one throw that got it 15ft up in a tree the first day it came home with us, hehehe).  We took it to a local park that has a lot of flat land. It was fun. We took our entire airplane/glider arsenal too and had some flying races. 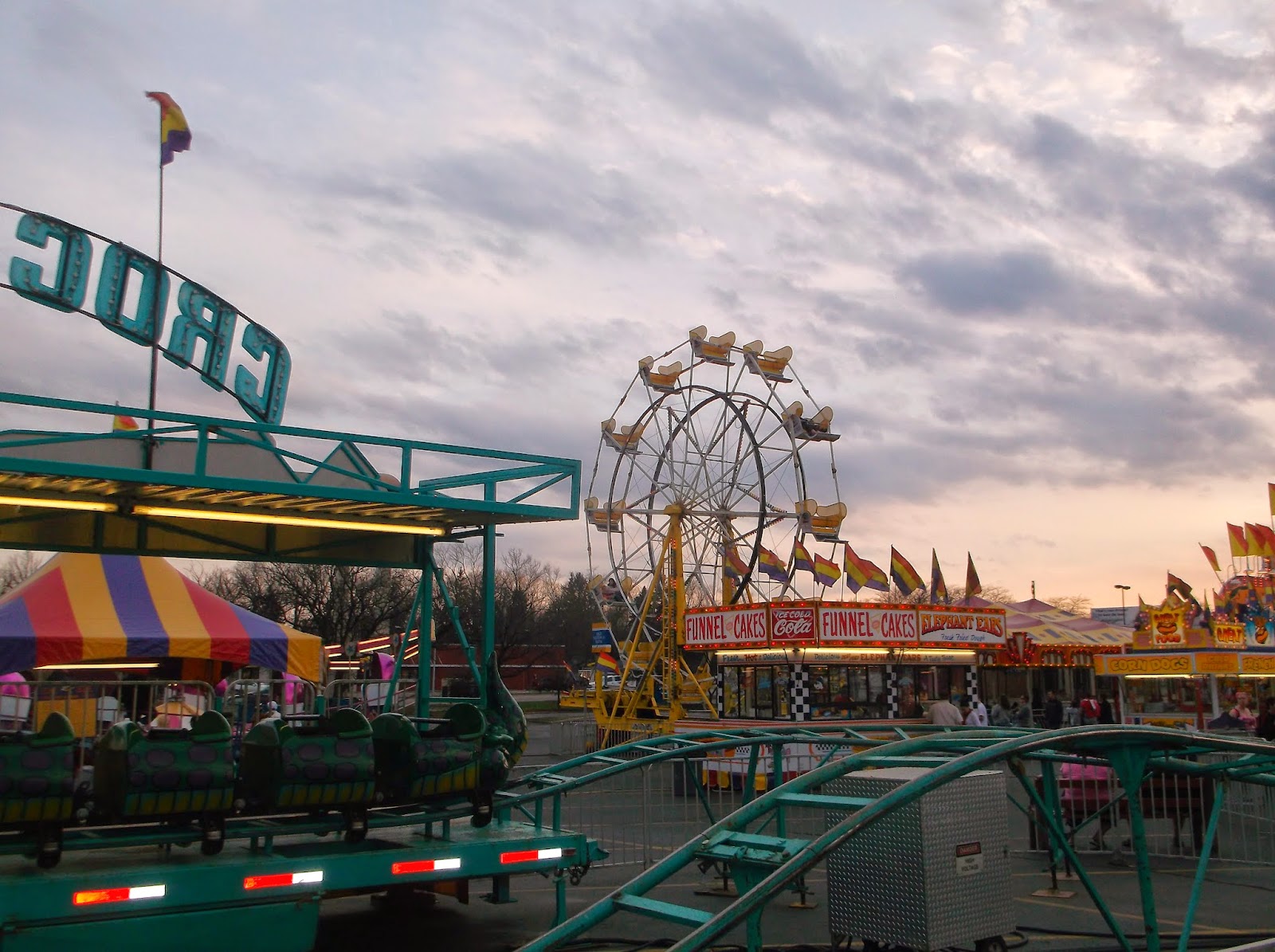 Since we were out & about, we decided to go to town for dinner.  When we got to the restaurant, there was a little fair set up in the parking lot.  Hubby hates these things so it wasn't even a consideration until we got to the restaurant and there was a 45 minute, to 1-hr. wait.  Hubby went to the bar to munch on nachos, and mom and kiddos went out to explore.  Guess where we went?  :)   Just a ride of choice, a piece, but it was like we hit a gold mine.  After being cooped up for so much of the winter, it was just nice, nice, nice to be out.  Did I mention it was nice to be out?  The playtime was just icing on the cake.
on April 13, 2014