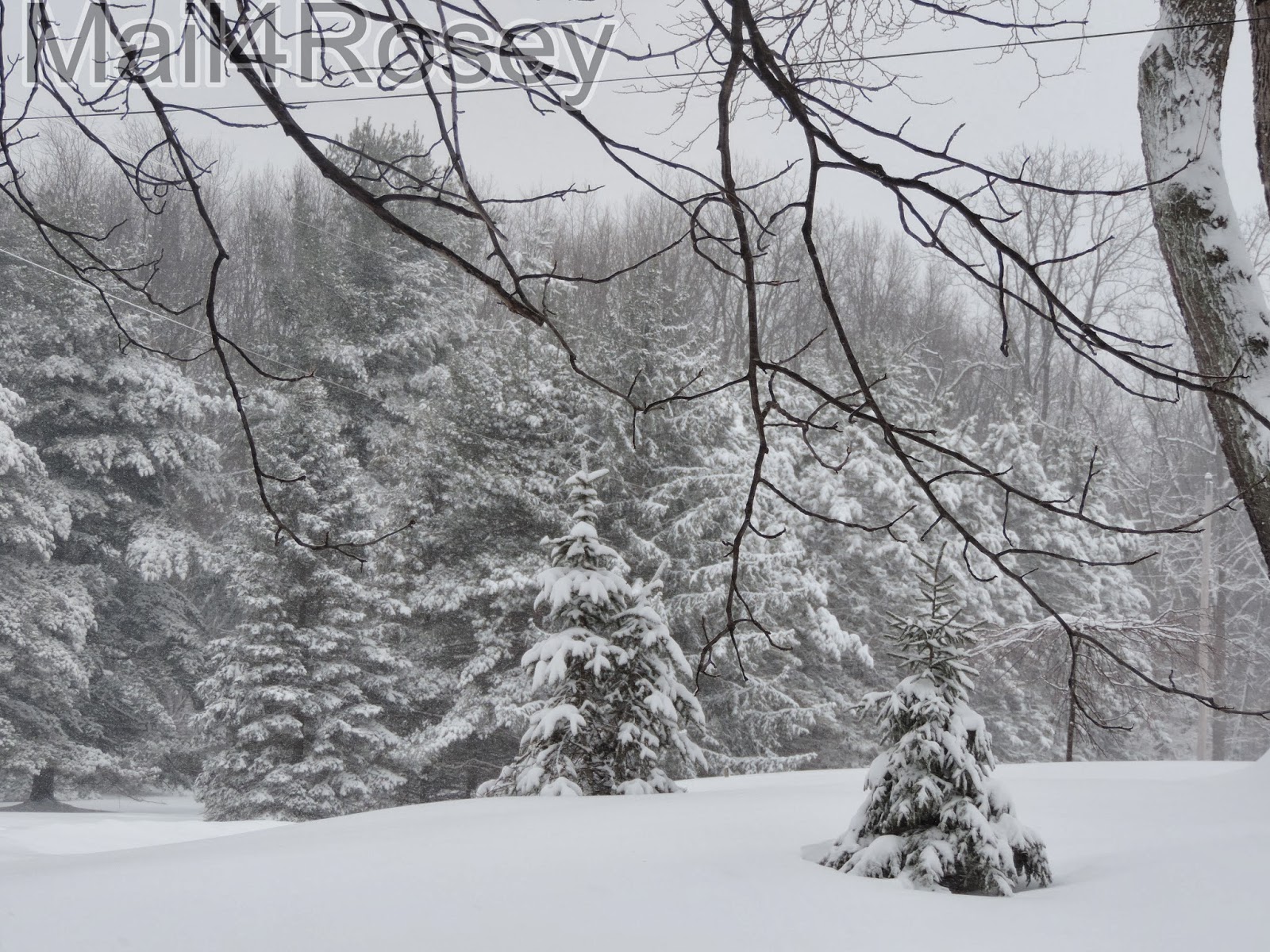 There's our snow from yesterday. It sure is pretty, but you can see it sure was plentiful too. The kids in our city were off of school, so that meant it was a play day for us. :) I have noticed, however, that the longer winter stretches on, the less participants I have volunteering for outside play.

My youngest son though, is always up for it, especially if there's snow. 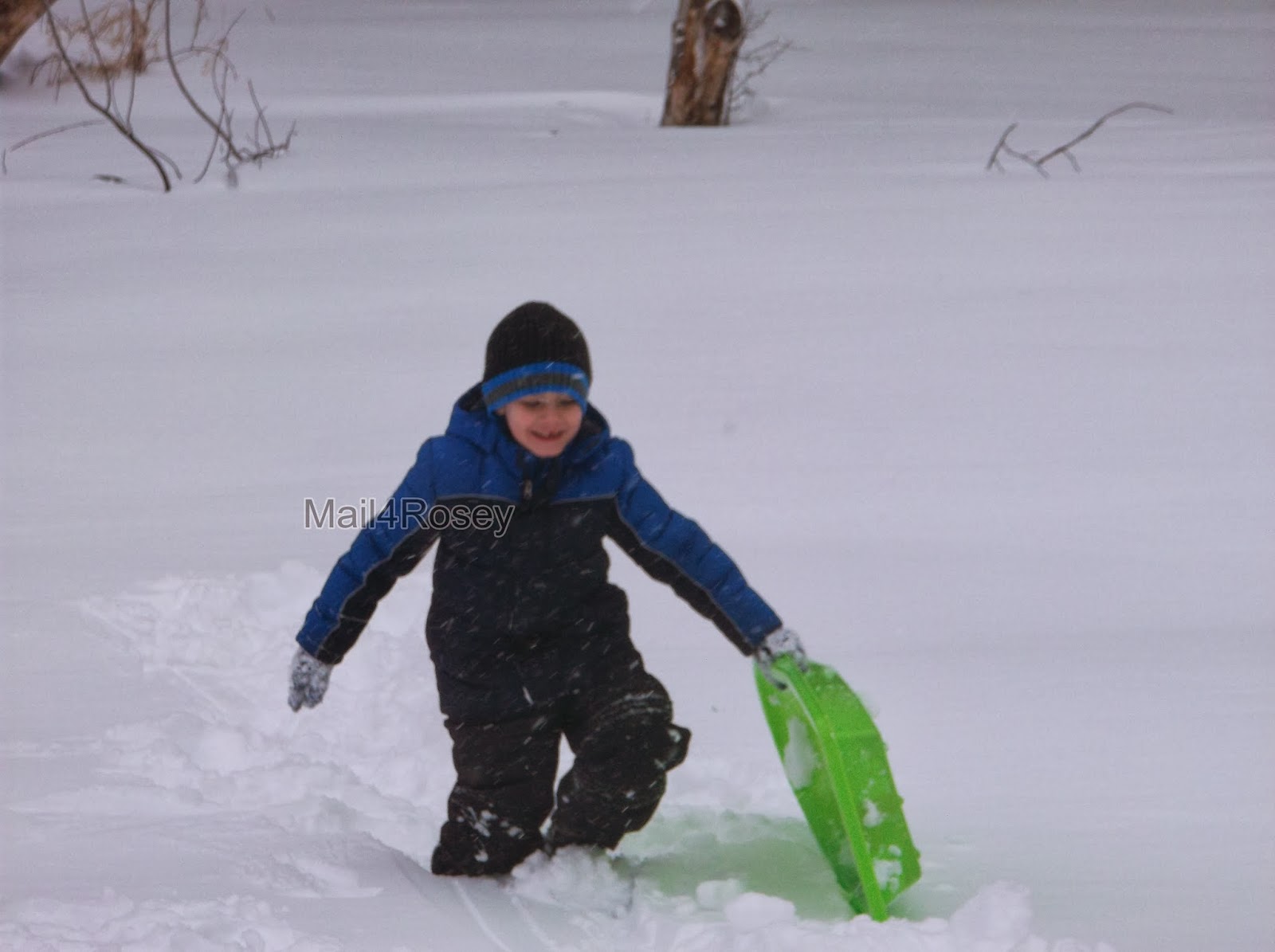 I'm not sure if sliding down the hill, or running up it is more fun for little man: He laughs equally hard at both. 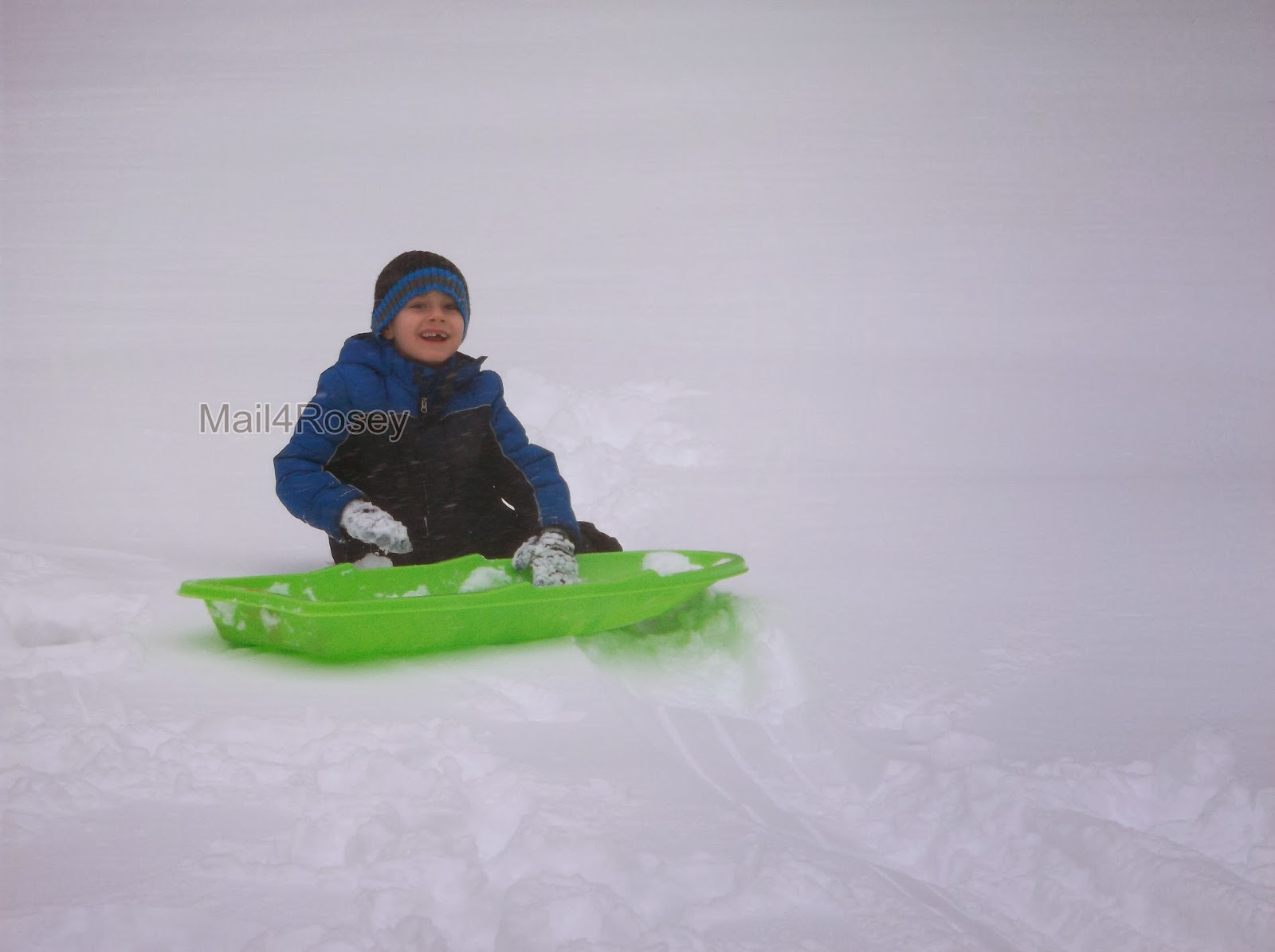 He's getting pretty good at it too, and doesn't even mind the wipe outs.

Yesterday, he even opted for trying some tricks on his own (first time ever).

Then he got really brave and wanted to try to go down the hill on the saucer I was using (which is faster).  It was harder for him to steer, and he kept going right for the fence. ;) 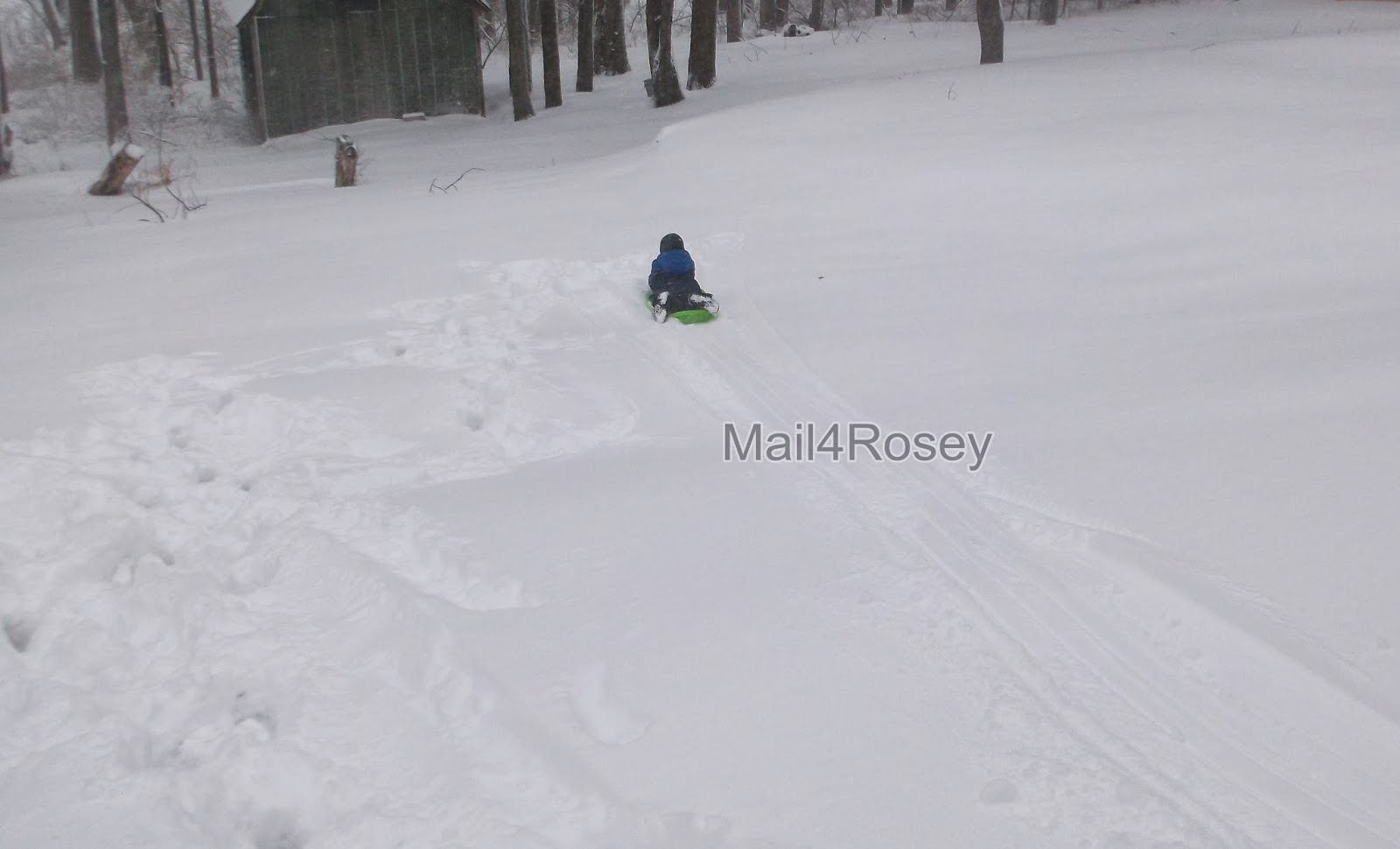 No big deal though, we just switched him back to the green sled and all was well in the world again. :)