We live in the country, and every year, in the winter, we get a mouse. Two days ago, hubby told me there was one in the house.  He stopped at the store on the way home from work & picked up traps.  On Night #1, the mouse took the cheese, without snapping the trap.

That meant serious business for hubs last night, as far as setting the traps.

This morning making hubs' lunch for work, I realized something, we were OUT OF BREAD! That meant I had to go to the  basement (where the traps were set) to get a loaf out of the freezer (on my own).  I was petrified thinking about it. So much so, that I waited hours until hubby got up, to ask him to get it. Even when asking, I knew there was a big chance he'd say no. When he told me, 'there's a mouse here once a year, what's the big deal,' and hopped in the shower, I knew he wasn't getting that bread.

I had to go get it (cue the scary music here).  Hubby works in a rural area, and he's outside all day, so to not pack him lunch would be ridiculous. 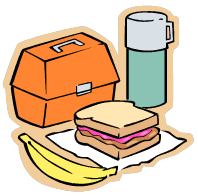 If you saw me creeping down the stairs though, jumping at every shadow that's always there, and almost running to the freezer, you'd have laughed at how silly it was.  No idea why I'm so scared of those d.a.r.n. things (dead or alive), but thankfully all is well that ends well, and there was no mouse in a trap for me to see.

Sandwiches are made, lunch is packed, life goes on.

My husband wasn't being mean. He just thinks it's ridiculous that I'm scared of a mouse in a trap (and he could have a very valid point there, but it doesn't change that I am).  He really just has, and has always had, a zero tolerance level for things he deems nonsense.

While that's not changing for me, there could be hope for you!!  SO, the moral of my story is: If your wife (or husband) is scared to do something that doesn't phase you (even if you think it's the epitome of ridiculous), for the love of gravy do it. The heart you save could be your spouse's. :)

What unreasonable thing gets you going?  I can add frogs to my list. And when we lived in Florida, the big flying cockroaches that lived in trees and sometimes made their way into your house (shudders).
on March 08, 2014