Morgan Freeman in it? Probably. :)

My  husband always says Morgan Freeman is 'in' everything.  I laugh at him (my husband, not the actor). It's not that he dislikes Morgan Freeman...how could you dislike someone so likeable, and who has such a smooth voice? It's just that he thinks he must be the busiest actor in Hollywood.

He's been in more movies than I can count, including Invictus, Shawshank Redemption, Robin Hood: Prince of Thieves, Kiss the Girls, RED, The Dark Knight, The Dark Knight Rises, and Dolphin Tale (really, that's only to name a few). You see him on TV, hear him narrating, and I even heard him last week doing the voice in a commercial that aired during the Olympics.

Every time I hear his name when my husband and I are together, we instinctively look at each other and laugh.

Last weekend we took our youngest to see The Lego Movie. I knew right away, the second I heard Vitruvius talk...hubby for some reason, didn't catch it.  Little man likes to stay for the credits, when they started to roll, I told hubby to pay attention. He did, and I snapped the picture, buwahahahaha. 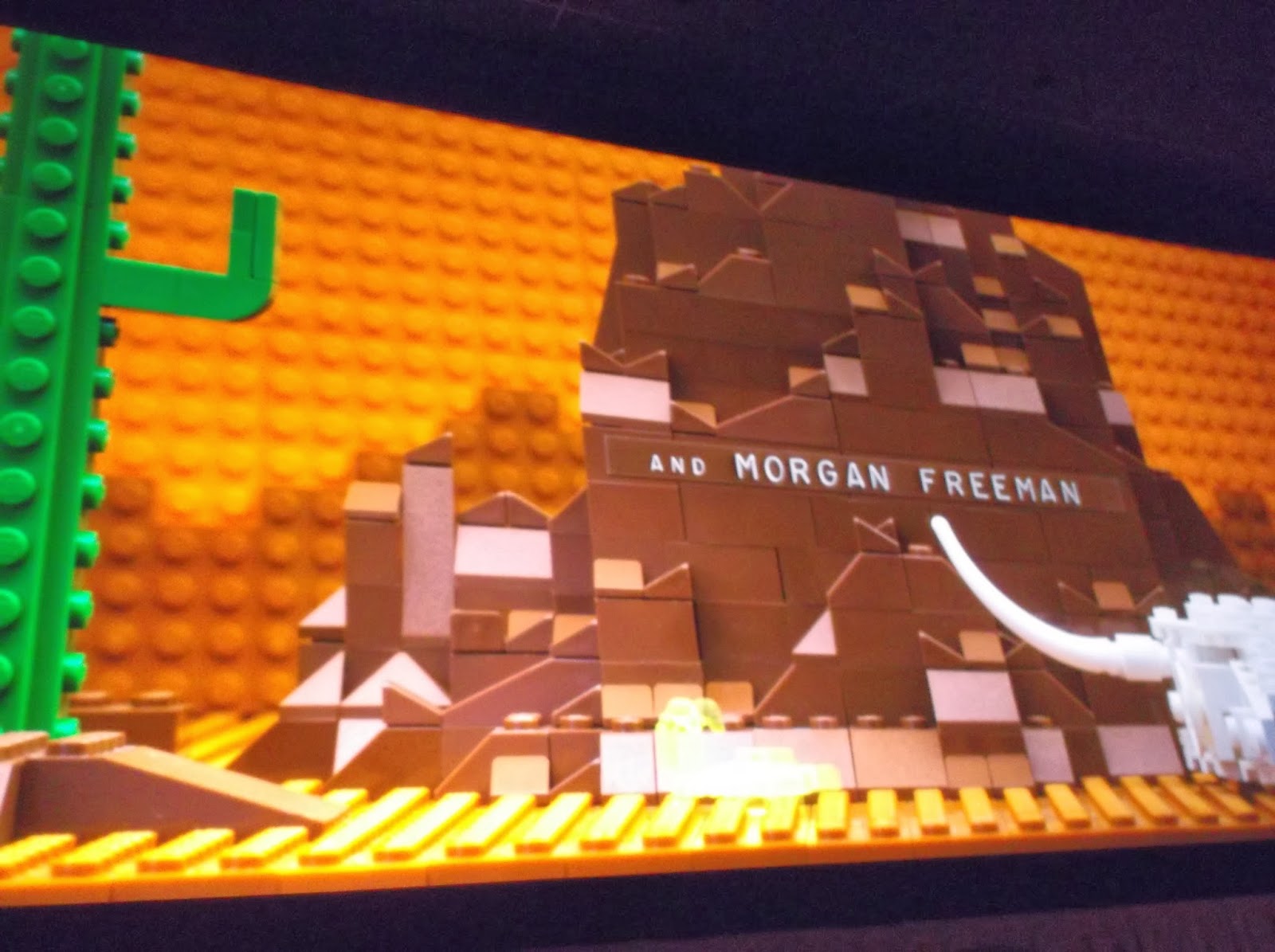 That's funny stuff in our household, where we're easily amused. :)

If asked to pick a favorite movie that Freeman has been in, I would be hard-pressed to do so because he really is a great actor who has played some great roles.

How about you, do you have a Morgan Freeman favorite?
on February 16, 2014