Date Nights?  Yep, we still do them, but usually it's pairing up with a child instead of each other. Husband/wife date nights are awesome, but with the oldest kids grown and out of the house, us living in a rural spot, and our caution level for sitters being overly high, we don't get a lot of those.  It's okay, we make time for each other, it's just not in the traditional dinner/dancing/night-on-the-town kind of way. And that's okay. :)

Last night was 'Date Night,' and it was my turn to take the youngest out. I let him set the agenda.  The entire agenda.

#1.  First on the trip.  A movie.  We went to see "Nut Job," and I thought this was one of the cutest kid movies I'd seen in a long time!!  I loved 'Frozen,' but expected to.  This was one I thought would be cute, and that would be that... but it was even better than cute, and we'll be getting this one when it comes out on DVD. :)

#2.  The second thing my son wanted to do was go to the Office Depot and look around.  What can I say, the kid likes his office supplies.  ;)


Since it was his agenda, I let him roam as long as he wanted.  That boy was on Cloud 9!  And we stayed in there, quite awhile. lol

#3. By the time he got done roaming, he declared that he was pretty hungry, and I let him pick the spot for dinner.  I knew what I was in for, Taco Bell, Subway, or McDonald's.  One of his brothers put a Subway gift card in his Christmas stocking, and he wanted to use that, so off to Subway we went.


Little man is only 6, so I don't let him sit at the high-top tables, ever.  This night he made the usual request to do so, and it was his own agenda night, so I conceded. We telephoned his brother in Florida, to let him know we were happily using the card he gifted, and just as he was about to tell him he was sitting at a 'big' table, he fell off of the chair and onto the floor.  :-/  We moved to a booth. ;) 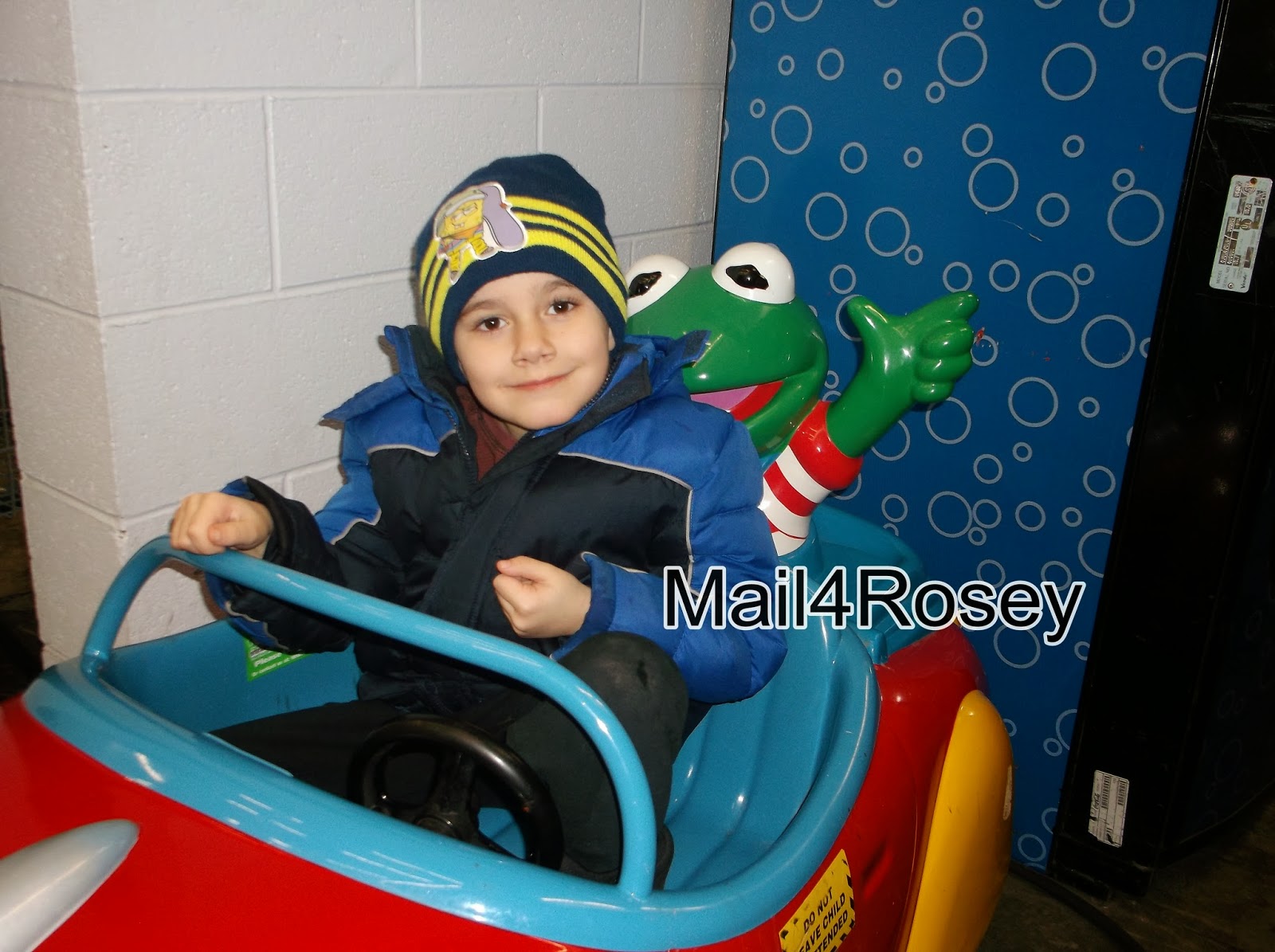 #4. On the way out, the last thing my son wanted to do was stick a quarter in the Kermit car and take a ride.  This made me unusually nostalgic, and a wee bit wistful/sad.  He's taller than he should be to fit in the car now, and I know it was probably his last time in it.  Silly to be wistful, but I know how fast this time goes.

He finished his ride up, and we skipped in the snow (yeah, we skipped), all the way to our car.

"The snow looks like diamonds when it hits the ground," is the last thing my son said before he got buckled up into his car seat.  And he was right, it did.