Disclosure: I received a product to help facilitate the review. All opinions stated, however, are genuine and my own.

One Grace Place is a company that launched officially in January of this year (2013). They sell infant and youth bedding & bath accessories and décor with the motto that luxury can be affordable. One Grace Place has some fan-tas-tic items, including entire infant and youth bedding sets, high quality (and cute!) gift sets, shower curtains, hampers, wall art, and more. 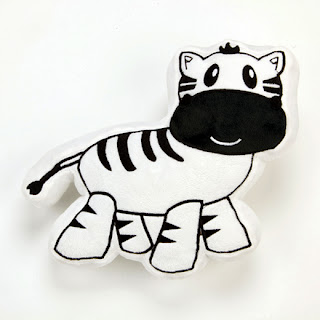 One of the items they sell that I love most is their charming character pillows. We received the Zebra above and he's nice and sturdy, and super soft because he is covered in minky I LOVE minky!!).  A nice size at 13" x 13" x 3", this pillow is an instant favorite of my teen daughter, and also my Kindergarten-aged son whom she has to hide it from lest it become a part of his 'jungle collection' instead of her teen-friendly décor. ;) 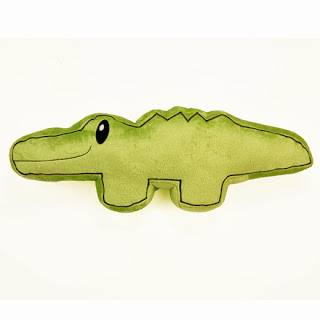 There are two other animal pillows too, the alligator above, and the cheetah below. Both are equally cute, and would like either one of them for my bed (but don't tell the kids!). 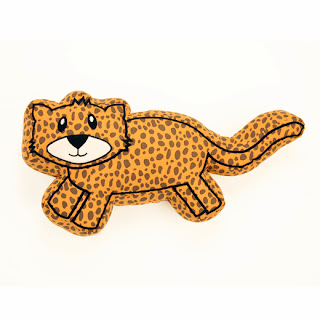 If you want to know more about One Grace Place, and I highly recommend taking a look, you can visit their website here: http://onegraceplace.net/

You can also follow them on Facebook, Twitter, and/or Pinterest.
Also worth noting, for the  month of October, One Grace Place is running a coupon for 10% off all items, and an additional 20% (30% total) off of select items noted, which you can see below. 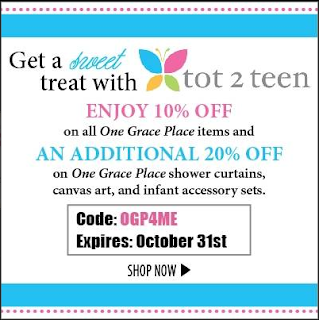 One lucky Mail4Rosey reader is going to get an animal pillow of their own (winner's choice). Enter on the Rafflecopter form below. US entrants only.
a Rafflecopter giveaway