Humor me for a second if you will. I am currently enrolled in a class, and part of the discussion yesterday was about classroom curriculum. One of the professors (enrolled in the class) mentioned that she is considering making the iPad a mandatory purchase for her classes. I was surprised, but not as much as I was when other professors began chiming in that they were considering the same, or had already implemented the policy.

I have to say that I was most DEFINITELY in the minority with my opinion that this might not be such a good idea for the students. In fact, and I humbly admit it, I was the only one who participated in the discussion that thought it was a bad idea. 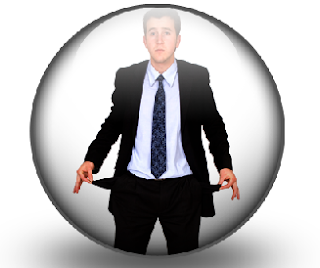 These are professors working in public institutions (not private or Ivy League institutions of higher learning). Forgive me if I'm wrong, but I seem to remember the majority of college students in such institutions, especially in their beginning years, being flat-out broke.

I mentioned that requiring an iPad could be cost-prohibitive, and was pooh-pooh'd with responses such as, "Everyone already has one anyway." I don't think 'everyone' has one. Though I realize it is not uncommon for students to own an iPad, there are some students who simply cannot afford one. Requiring them to shell out $500 they didn't know they'd have to have seems insensitive to me, or worse, could cause them to drop a class. If the requirement is not mentioned until after the Drop/Add period is over, it could cause a real hardship for certain students.

Another reason, and it is definitely a secondary (but still valid) one, is that some people simply do not like the iPad (raising my hand here). My husband and second oldest both have iPads and they LOVE them, not a day goes by that they don't fire theirs up and use it for something. I'm not a fan (for a few reasons, but that's irrelevant). Maybe other students are not fans as well. Why would they be required to purchase an item for $500 + that they might only use that one semester, that they don't even like (in addition to the high cost of their textbook). The perfect example can be seen with my oldest son and his wife: They love their tablet, but the iPad is not their favored choice. In fact, they exchanged an iPad I got them as a Christmas gift because it was not something they wanted to own (they've both used one before, and simply like theirs better).

There are other reasons, but those two are good enough in my way of thinking. When you're working with students, and educating them is your primary concern, adding bells and whistles that they have to shell out big bucks for (and yes, I do think $500 can be considered big bucks for a college student) seems ludicrous to me. 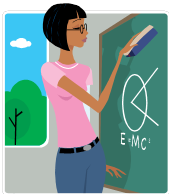 I realize there are many of you who may agree with my fellow classmates, and that's fine. I'm just wondering, who does and who doesn't?  Do you think it's acceptable for professors to require an iPad for use in the classroom?
on September 12, 2013