Checking out the D-Box

On a day where all the big people were occupied this weekend, little man and I decided to take in a movie. Instead of going to the local theater though, we drove to the capital city and made a day of it. We had shopping to do anyway (back-to-school is today for us), so we decided to go where there were more options (our town is really small). 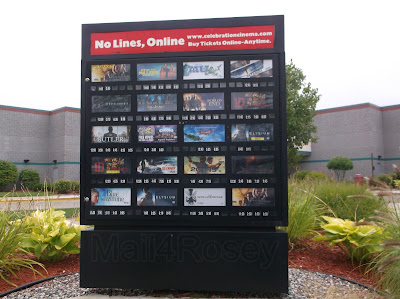 The theater had this big sign outside to indicate movies and times. We already knew our movie times before we left home, but I loved this feature. I wish they had it where we are because it's a lot easier than parking, unloading the kiddos and running inside when we want to know what movies are on, and what time they're playing, if we're out and about and decide to go on a whim. 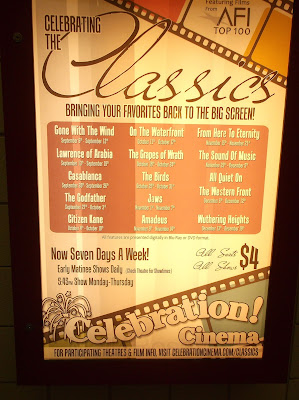 Another thing they had that I didn't expect was a Classics selection. They actually play some of the oldies but goodies on the big screen. For a mere $4 ticket price, movie goers get to see such selections as 'Gone with Wind,' 'Citizen Kane,' 'Casablanca,' and more. They run a movie every day, and I think this would be a fun idea for a date night. 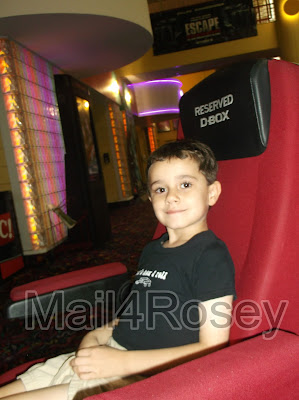 Once you get past the entrance they have this testing area for the D-Box Experience. There are two chairs and a big screen. You press start and sit down. The chairs rumble and move along simultaneously according to the action in the movie. It's nice and smooth, not at all jerky. They play a 'with' and 'without' excerpt so you can really compare the differences between D-Box and a traditional movie right on the spot. My son thought it was awesome.


There is a game room inside, and lots of big, fun cut-outs. We took a picture of my son standing in the middle of the One Direction guys because we knew the teen would flip. To say she's a fan is an understatement. She knows so many fun facts about the members that I think she thinks they're family. ;) 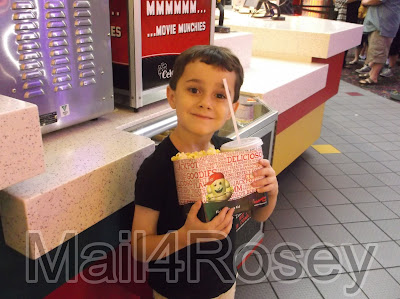 A movie's not a movie without popcorn, and luckily when you're little, it costs just under $4 for a child-sized snack pack, complete with fruit gummies. ;)

It was a fun way to spend part of our day, and the little extras they had at the theater made it even better.