There are some things I thought were solid truths, until this weekend.

Once Upon a Time, I Thought...
These three truths, it has been revealed to me over the weekend, are simply not so (no offense Robin, I still think you rock). ;) 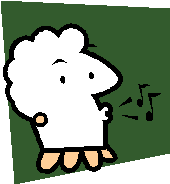 Growing up my mom sometimes called me "Whistler's Mother," not because I posed for a painting, but because like my grandfather I whistled all of the time. We're talking whole tunes, excerpts, or just a second or two because I felt like it. Maybe she should have called me 'Grandfather's Granddaughter' instead? lol

Point being, I thought I could whistle.

Then Manzanita mentioned on her blog last week, that if you could whistle The National Anthem all the way through, you're a good whistler.

I tried, several times and it's not as easy as you might think.

Do you know Manzanita's Blog, "Wanna Buy a Duck?" It's awesome, and so is she. You can see a video of a guy on her blog today, who can whistle without moving his lips. The video is doubly cool because you can tell the little girl in it is delighted to be singing with her daddy. ;)

I've always prided myself on not being lazy. This past weekend two facts disputed that as truth (and boy, did they!).
.
The first, I grouched (silently) about having to go downstairs to get the laundry out of the dryer.

Instantly I thought of my grandma who had an old ringer-washer. The kind where you had to fill a big silver wash tub full of water to rinse, and you put the clothes through the ringer to get the excess water out (oh how I LOVED when she let me help). In all of my childhood I never once heard her complain about doing laundry that way. Years later when I offered to have an electric one installed she wouldn't hear of it. There was no need, the one she had worked just fine. ;)  I think I thought of that old washer because of Jamerican Spice's post about hanging out laundry (my grandma did that too, and would not accept my offer of an electric dryer either).

The second correction came in the form of a soup can. Oh how I love that Campbell's has put pull-lids on their soup cans. Yesterday the little one wanted Chicken Noodle Soup for a snack (he does that sometimes, lol), and when I pulled out the can I realized there was no pop-top. I-had-to-use-the-can-opener.  And I experienced a second of being irked. Until I realized how horribly lazy that was, and how lucky I was to have soup...and a can opener... and a million other things including the child asking for the soup. ;)

Robin from Masshole Mommy and I share a love of Dunkin' Donuts. When my family and I lived in Florida there was one close by, with a drive-through (again, can you say laaaaazy, because I loved that drive-through)!!! Anyway, there's no DD in my town so when Robin mentioned her love of the new flavor, I told her it was cruel to bring it up since we don't have one here. Her response, "Oh we have DDs on every corner up here, Rosey."  Can anyone say, brraaaaaaaattt?!?! ;)

Not to impugn her kind heart, she's a doll, I just suggest never bring up the topic of Dunkin Donuts with her, if you don't have one in your town. -_- 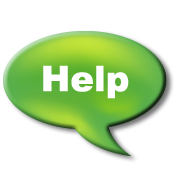 The last thing, and it's not related to any of the above:

John over at 920Spot has written a book about his life being a comedian. I haven't read the book yet, but I've been meaning to (and will at some point, hopefully soon). Most of you will probably recognize either him or some of the people he has worked with, so that makes the read extra fun. And since bloggers are so good at helping one another, I'm putting up a link where you can click the Tweet to get a free download of the book for yourself, and help get the word out for him as well!  It's an easy way to pay it forward a little bit, and I hope you'll take part. :)  Good luck, John, with the sales! I'm sure a lot of heart and soul went into writing the book, and I can't wait to read it!