This morning we left at 6:30 to go see the balloons. It didn't say cancelled online today, so we thought we were in luck. You can see the sky in the background was dark and the clouds were low, so they sent a ball up to test the weather. It came back negative. 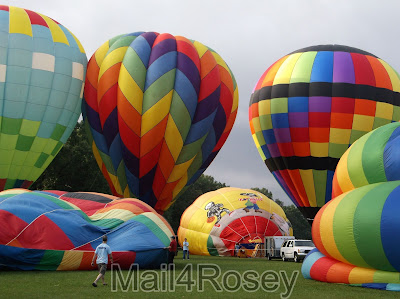 They decided instead, since a good number of people did show, to blow all of the balloons up and leave them tethered. It was fun to watch them inflate. 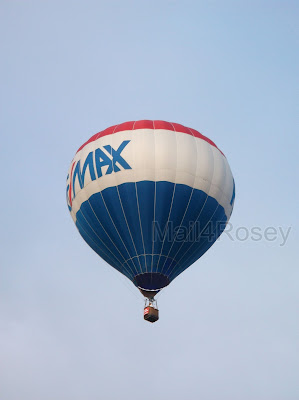 One of the balloons did go up, though I'm not sure why, even the MC sounded surprised when she announced that it was in the air (a rebel amongst us, perhaps???  Or maybe not, who knows. :) ). 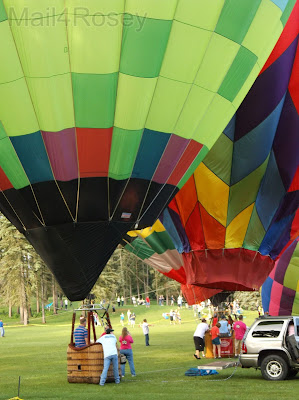 It was great to get to see the balloons so up close and personal. 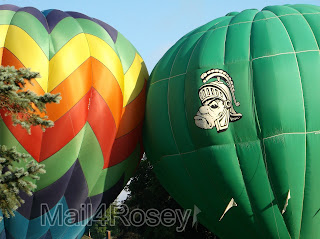 Sparty was there, representin', and he was looking good, as usual. ;) 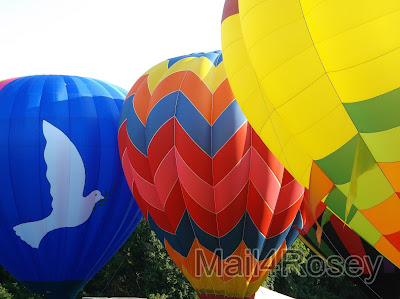 There were quite a few balloons, and it would have been spectacular to see them all taking off, but this was different, and peaceful, and nice. 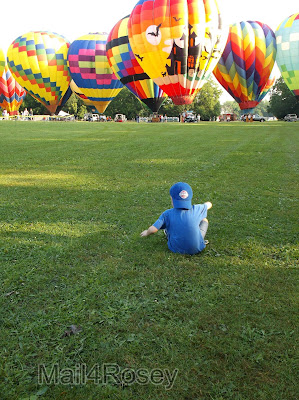 Hubby's off work today and was supposed to go with us, but when we tried to wake him up, it was clear he was no longer interested in our early morning adventure. Same scenario in the teen's room. So it ended up being me and little man. He loved every single thing about the balloons, but when he wanted to watch he sat way back here. I asked him why so far and he said he was scared of the fire (that keeps the balloons up). ;) 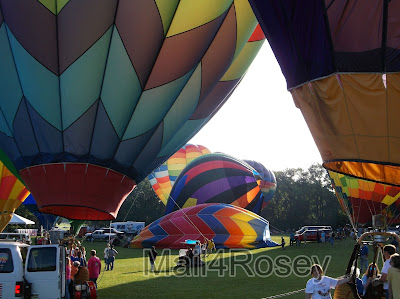 The balloons weren't up too long at all before they started taking them down again. It wasn't what we went to see, but it was just as good, in a different way, and I'm glad we stuck around for a bit.  We'll head back later today probably, to see the car show and the fair (if we can ever get the rest of the family out of bed). ;)  It's going to be hot today, but that's okay... it just means summer's here, and for that I say a big woohooo!
on July 20, 2013