I officially agree with the majority of people I've heard who have said that being a grandma is the best.

My visit to see the little one was short but sweet, and oh so very worth it.  She's a little beauty with a head full of hair, and she's already as nice as can be. She let all of us pick her up at will, and she looked at us with interest, or fell asleep, never making a fuss about any of it. 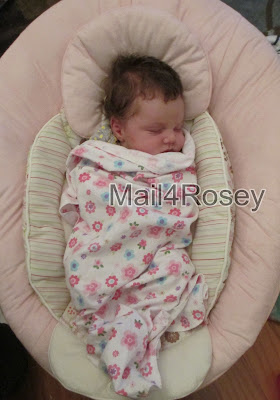 Every second of the day was a good one, but the best times were when she would wake up and listen to you cooing at her. There's just something awesome about a little one's intense interest at whatever is going on around her. 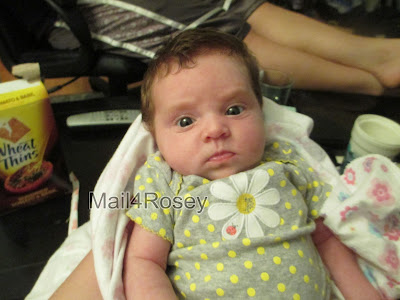 It was nice to see her mommy and daddy too. 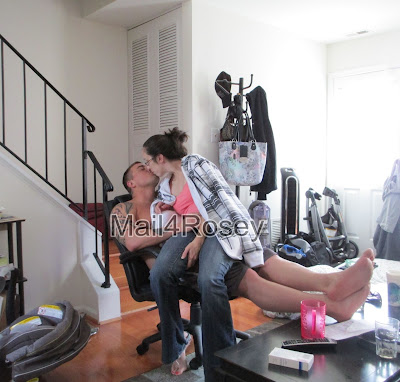 And my second oldest who flew in as well. There's nothing I like better than being surrounded by my kids (big or small).

When the older two boys get together they still act like kids sometimes (my daughter-in-law is very tolerant). ;) But one of the quieter activities they like to do is watch movies. The oldest put on the Netflix, they selected their show and before long were totally engrossed in it. I thought it was funny that they were all in the same super relaxed position, including the little one who had her arm thrown up in the air like her daddy and her uncle. 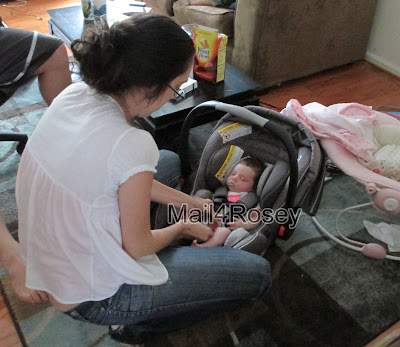 My daughter-in-law is a great mommy, just like I knew she would be. And she looks beautiful. You really cannot even tell she just had a little one four weeks ago.

And my son is a great daddy too, like I knew he would be. 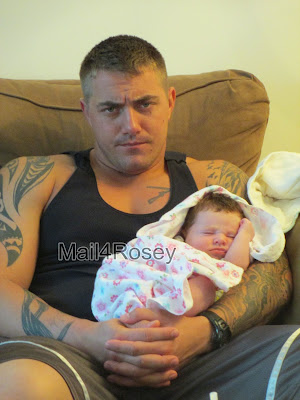 Even though he gives me looks like this when I pick up the camera...


And like this one above, when he's changing a diaper (bwuahahhaha), he's obviously terrific with his daughter and his wife. And like always I'm super proud of him. He's got a nice family, and a nice life, and I'm very proud of the role he takes in making sure that happens.

It was the shortest visit we've ever had, but it was just as nice as any other.  I love any chance to see my fam. 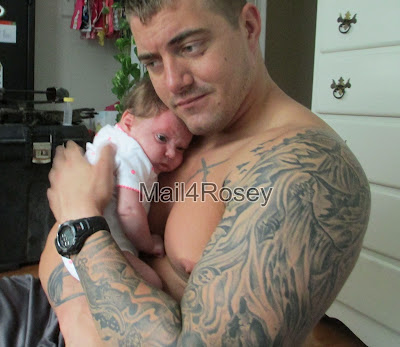 My baby with his baby. :)  What an awesome sight for a mom. 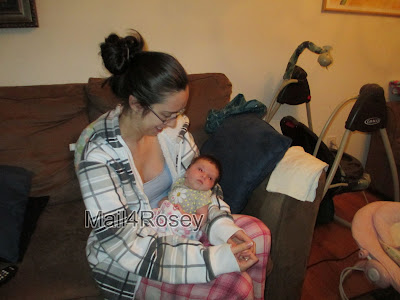 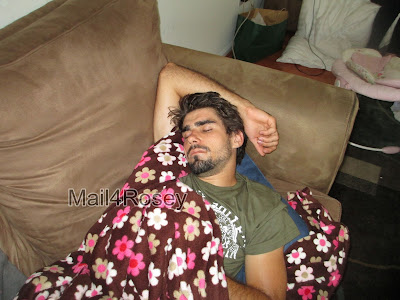 My second oldest. He's grown now too, but he's still my baby. I'm glad he flew in to visit. 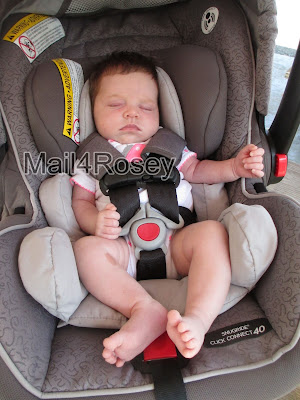 And one more picture of the little one because she's just scrumdiliumptious delicious sweet and wonderful.

I told her mom that you could fly babies home on your lap for free. ;)  She likes me and all, but that suggestion was a no-go. That meant I couldn't take my sweet little granddaughter home, lol, but we'll be back to visit her again soon. Not soon enough, but soon. :)
on June 10, 2013