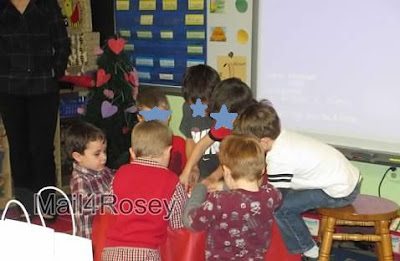 Holding them Back can be perceived as positive or negative, depending upon the situation.  Sometimes it can be an unknown.  We're going through the latter.

Yesterday was parent/teacher conference day for the youngest.  He's in Kindergarten, and he's a young kindergartner. He turned five and a couple of days later school started.

My son has made a lot of friends, and the teachers and principal really like him. He can say and write his alphabet, spell 100+ words, recognizes all of his letters and 90% their sounds, and can count to 110 (as far as they go).  One area he does need work on is writing a sentence.  I predict he'll be doing that very well by the time the school year ends (we will practice a lot).  The other area is writing numbers, sometimes he gets them backwards, and if he does, he'll start counting again on the paper (19, 20, 12, 13, 14, 15). 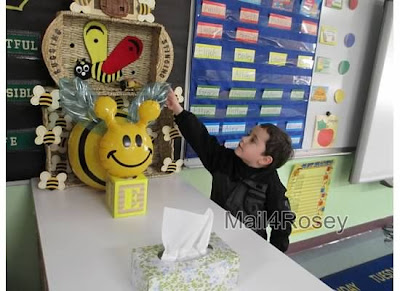 Where he has a challenge, according to the teacher, is confidence.  She said when she gives an assignment he immediately turns to look at his neighbor's paper to see how to do the work (every time).  When asked to do it on his own, he does not know what to do.  The teacher (whom we like very much) said she has tried to encourage him, telling him things like, "You know this, it's in your head, you can do it on your own," but when he tries he gets the assignment wrong and has no clue of what it was he was supposed to be doing. Right now he needs that extra one-on-one explanation, and I guess in the classroom that's not supposed to happen. Furthermore, because of that lack of understanding directions, she said he's rapidly losing interest with in-class assignments, happy to do the minimum it takes to just be done.

So, she recommended possibly (though you could tell she was just feeling me out) holding him back.  All of me wants what is best for my son, of course.  If that extra year will make the developmental difference he needs, then I'm all for it.  What has me in the land of the undecided is not really knowing what is the best thing to do. There are so many pros and cons that I can conjure up in my mind for either side of the situation.

Right now, we're just taking things as they come, keeping our routine the same and encouraging him to listen.  I have to tell the truth though, his dad and I have both run the gamut of emotions on this one.  Last night his dad said, "I just want to wake him up and give him a hug," and I felt the same way.  The other three children have all easily made their way through elementary school, breezing through kindergarten like it was nothing.  And now one of our own may need a little extra help.

I'm glad the teacher brought it to my attention.  I'm glad she noticed.  I'm glad she cared enough to break everything down for me.  And ultimately, because he is academically on track, the decision will rest with us (my husband and I).  We're taking it slow and hoping to make the one that's right.  I have an inkling it's not going to be easy.