Where a Kid Can be a Kid! 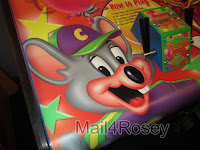 Well, Chuck E. Cheese got the saying right, "Where a kid can be a kid!"

We don't have a Chuck E. Cheese in our town, and it takes about an hour and a half to get to the closest one, but it's always worth it, at least it is for a certain someone in the house (who is 5).

This weekend we headed out to the great favorite, and having never been there on a weekend before, it was crowded!  There were a lot of people with reservations seated on the sides waiting for parties to end so they could take their spots; the staff was running around very busy; and the food was coming and going faster than the kiddos.  We weren't contributors to the mad food rush because though we like to play the games there, and be in the fun environment, we're not big fans of the pizza (we went to a restaurant after we left). 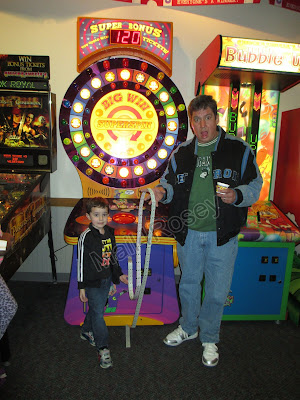 We have been to Chuck E.'s for a birthday party, and though it would be fun, and something I KNOW our son would really enjoy for his own birthday, we have opted not to do that because the drive is so far.  I'm sure only a handful of parents would bring their kids.  Bummer.

But, we still get to go from time to time on our own, and it's always fun.  My son's favorite game (and his dad's too) is the firefighter game where you push the button on the big hose to put out the fires and go save the people.  I'm not sure who likes this one better, dad or the little one, but either way it always makes me laugh to see how excited they get to play it (both of them). 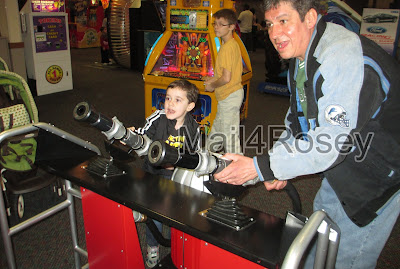