Flashback to the 80's

I'm just sitting here catching up on things, and these old songs are running through my head. No idea why because I don't have the radio on, and I haven't heard them in forever and a day, but each song takes me back to a specific place and time.

This one takes me back to the Disco.  When I went to middle school (we called it junior high), there was a "Kid's Only" Disco, and it was the place to be.  My friends and I would practice our little dance routines each week, lol.  Anyone remember the contests where a person strolled the floor and if you got tapped you were out? Man, those were fun! :)

Then there was the skating rink.  If you were an 80's child, chances are high you hit the skating rink, and this song always, always had a run.  When it came on, everyone rushed to the floor (this and 'Another One Bites the Dust).

El de Barge was on the scene and we'd sing this at the top of our lungs thinking we were sooooooo sexy before we even knew what sexy was, LOL! Glad no one ever got videos of that mess.  I think it was hairbrushes that we used for our 'microphones.'

I always had my radio on when I fell asleep (remember all stereo systems were so big they looked like furniture?!) and my mom changed the station to country one time to be funny (she's a card like that), and I woke up to this song.  I remember being groggy, not wanting to get up at all, and processing the lyrics while they played.  It made me laugh, and I became an instant George Strait fan.  He's still my favorite country singer today.

And then there was Grease.  I wasn't allowed to see Saturday Night Fever (and years later when I did see it, I knew I hadn't missed anything ;) ), but I was allowed to see Grease.  Instantly I was in love (with the show and John Travolta, lol).  I still sing this song today in random outbursts, and every one of my kids does too, which makes me laugh.

A couple of years ago, the local state theater in a town close by was showing a Grease Sing-a-Long.  I asked the kids if they wanted to go.  The two youngest were all-in (they just like to go places, lol) and my daughter ended up singing all of the songs.  My second-oldest, however, was 17 at the time, and just said, 'Sure,' on a whim (he was humoring his mama, he's sweet like that). 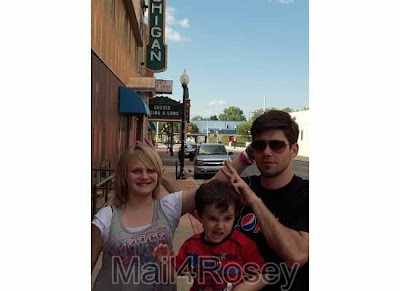 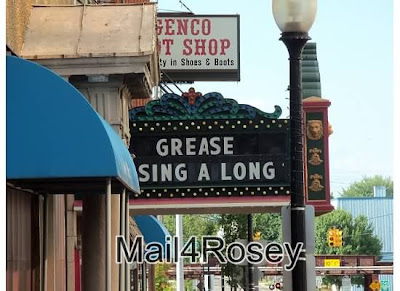 We got to the theater, and he (the 17-yr. old who is not a Grease fan) was sitting on the outside aisle.  The place got so crowded that people started lining the walls standing up (there's an upstairs balcony full of seats, not sure why they didn't go up there...) and singing/dancing to the tunes.  My son was mortified, and it was HILARIOUS!!!!!!!!!!!!!!!!!!!!!!!!  He spent a lot of time texting while we were there (probably telling his friends he was in misery). Bwuahahahahaha
How about you, any songs that just take you right back to being a kid?
on January 26, 2013