When is Thanksgiving?  Oh, never mind that...that's next week.  This week our town had the annual Christmas Parade.  Say what?!?

I suppose there are reasons for having it now instead of closer to the actual holiday. Weather could be one. But is waiting a week really going to make that much of a difference?

Another beef I have is that the parade was at night.  I like a good day time parade, it's more enjoyable, feels more seasonal to me, and allows for more socializing.

But that being said, we did have a good time, especially our Kindergartner who is now old enough to really enjoy such things (the look on his face when Santa Clause came through was just priceless). 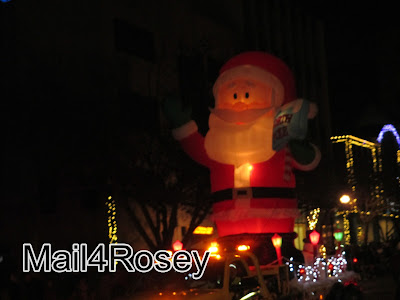 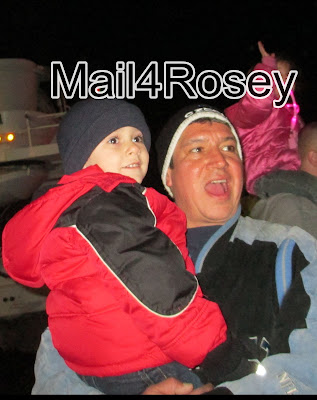 How about you?  Did Santa make his way through your town via parade yet?  Or do they actually wait until Thanksgiving has at least been enjoyed and is past?  I'm not a Scrooge, far from it in fact, but if you're going to have the parade before Turkey Day, at least make the theme half-Thanksgiving, and half-Christmas.  When did the day for thanks become so slighted anyway?  I don't like it.
on November 18, 2012