My youngest child's school, however, is also stressing the importance of being thankful this month, and they sent home an activity for us to take three days to complete.  They wanted us to be very thorough in helping our children go through the things they're thankful for, and they said the answers would surprise us in the end.

I think they were going for sappy (I'm not against sappy).

My son, in all of his 5-year-old glory, went through his list of things he's thankful for, for three days running.  We discussed it in the car, in the house, before he went to sleep at night, etc.  We weren't overdoing it, just trying to get the most out of the exercise.

After all of the options were discussed and exhausted I told my son to pick the one or two things he was the most thankful for, and he decided that the one thing he was most thankful for was 'playtime.'  He selected a picture of himself in a Spiderman costume and we glued it on there...that was that, and I didn't think about it again. 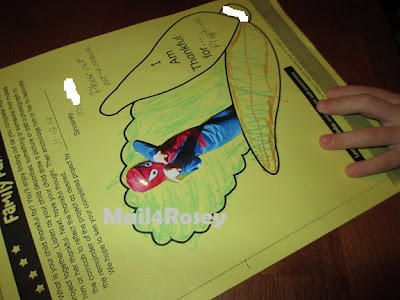 Last night we went to a parent/teacher conference at his school and his teacher had cut out all of the pictures and put them on the wall just outside of the classroom.  Among all of the pictures of happy families, babies, and the like was my son's Spiderman submission, TOTALLY sticking out like a sore thumb. Everyone but my child had elected for sappy, lolol. 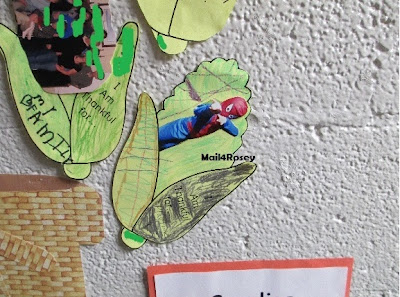 And yet, for some reason, it made me laugh.  Gotta love the little things. :)