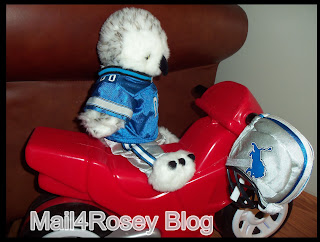 The crispy air...
The leaves starting to change colors...
The thought in the back of our minds that we have to dig out the cooler weather clothing...
All indicative of Football Season!!!

Nothing reminds me of Fall more than football (well, maybe raking leaves, which I haven't had to do yet, thank goodness).  But it's been so busy with back-to-school that I almost forgot about it.  If you're in a Fantasy Football League online, your deadline to draft is probably very, very soon (mine is 3 hours, 13 minutes, and 8 seconds from now).  Don't forget to get your team in there, or you'll miss out on the whole season.

For those of you who don't play online, you've already had your drafting parties (hubby went to 3, lol). Good luck to everyone (who is not playing against me or my husband).  <-- Kidding...sort of (*cough* *cough*).

Tonight's kickoff game is going to be good with NFC East rivalry at it's best.  The Dallas Cowboys are hoping to deflate the Super Bowl sails of Eli Manning and the New York Giants, but with Tight End Jason Witten listed as 'doubtful,' QB Tony Romo is going to have a run for his money. 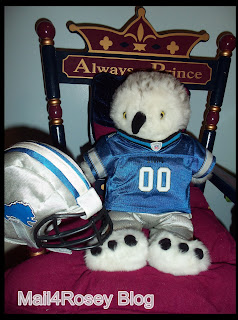 If you don't have time to go sit in front of the television for kick-off, remember you can have the game streaming live to your computer.

And, for anyone who cares (no groaning here please, there are some Detroit Lions fans), here is the schedule for the Detroit Lions.  If you live close by, or will be attending a home game this year at Ford Field, you can get your tickets online here.  Despite the legal troubles some of the players have been getting into this year, it looks to be a promising season (and anyone who follows football knows that hasn't been said about the Lions for a good long while).


That being said, yes, I know HW, Jr., got fired and won't be shouting it out anymore, but I'm going to do it anyway...

ARE YOU READY FOR SOME FOOTBALL??